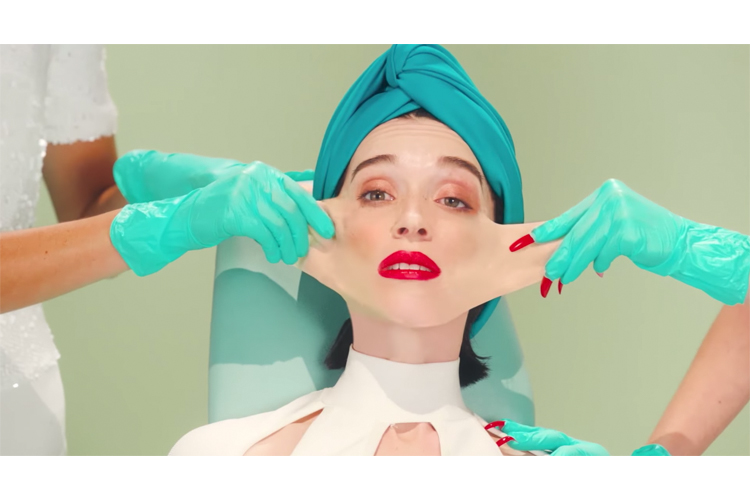 St. Vincent is set to release her upcoming fifth album in less than a week and we’re so excited. Titled MASSEDUCTION and pronounced Mass Seduction, St. Vincent season is indeed upon us and we just can’t get enough of this new album of hers, even though it’s not even out yet. Earlier this past week, the guitar goddess also known as Annie Clark hosted a special MASSEDUCTION themed escape room experience in a dystopian decorated New York City warehouse and we totally wish we were there.

Just got home from an escape room hosted by @st_vincent where after each puzzle we got to hear a track off of #masseduction an intimate q and a session! It was dope! And the album is ??? #stvincent #spotify

Nothing but respect for MY president. Loved seeing my kween @st_vincent and getting to hear some of her new album last night! #legend #SpotifyFansFirst #MASSEDUCTION

During the summer Clark shared the heart-grabbing lead single “New York” (watch her play a stunning stripped down solo piano version of it on The Late Show With Stephen Colbert), which was followed by the equally geographically inspired album cut “Los Ageless,” that now has a sleek and synthetic video to match. In the brightly coloured yet creepy clip St. Vincent suffers for beauty, eats living sushi & has her face pulled in different directions as she asks, “How could anybody have you & lose you and not loose their mind too?” It’s got a John Waters vibe and a plastic taste with a latex touch.

Watch the video for “Los Ageless” above then check out Annie Clark & director Willo Perron in what just might be the raddest and most well lit “behind the scenes” video we’ve ever seen below.

Today (Saturday October 7th) is also the world premiere of St. Vincent: Fear The Future, made in part with Willo Perron for the Red Bull Music Academy Festival in LA. Of course it’s already sold out but luckily you can stream the show live via Red Bull Radio.

St. Vincent’s new album MASSEDUCTION comes out October 13th on on Loma Vista Recordings. Pre-order it here and stay tuned for our review of this much anticipated album.