It was a couple of weeks ago we first caught wind that the Soho House was coming to Toronto, as we strolled by the New York house on memorial day weekend. News of this opening comes along with more private members club locations in Mumbai, Chicago, Istanbul, Barcelona and the first of which will open in our fair city just in time for the Toronto International Film Festival this fall.

The club will be located on Bishops Block downtown on Adelaide Street around the corner from the TIFF Bell Lightbox and the new Shangri-La Hotel which will house the much anticipated Toronto location of Momofuku. Soho House members will be able to utilize the Shangri-La’s facilities as well as any other house around the world.

We’ve been strolling by this heritage building which has been undergoing careful restoration for quite some time now and are pretty darn excited to finally have something in our city which is truly exclusive. 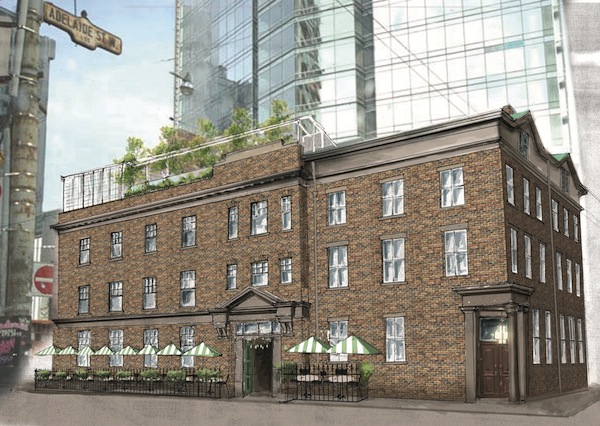