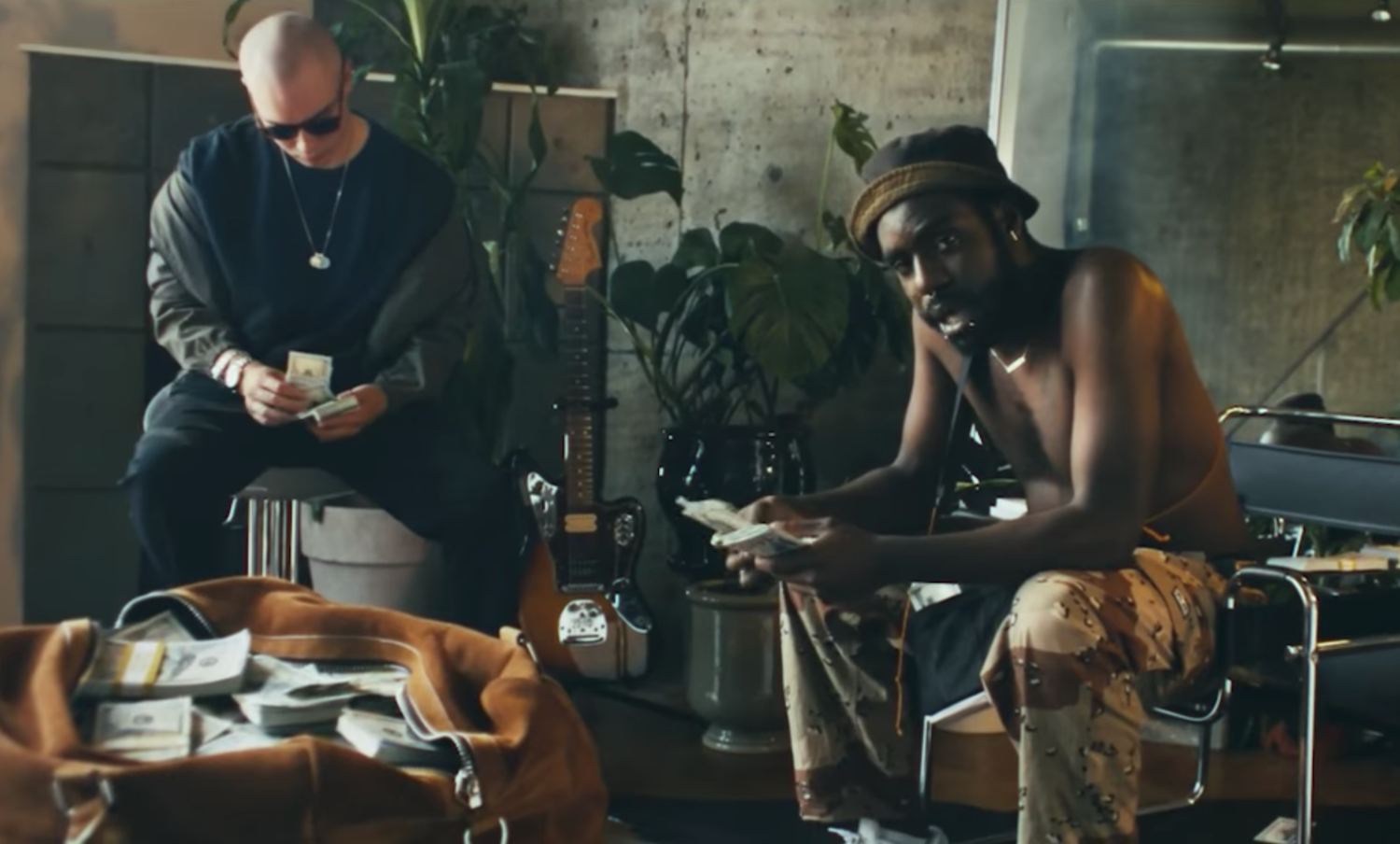 Vancouver rap duo So Loki have had a busy year (including an EP release, tour and forthcoming collab with clothing brand OBEY) but the highlight of 2018 for the group composed of rapper Sam Lucia and producer Geoff Millar has been “Elephant Man,” the underground hit from their Planet Bando EP. The track just recently passed half-a-million plays on Spotify and the boys are celebrating by releasing the official accompanying visuals.

Directed by Jevan Crittenden and frequent collaborator Steve Kim, the video begins with the duo robbing a bank – Geoff driving the getaway car (their actual red Honda Civic) and Sam holding on to a briefcase bursting at the seams with cash. What follows is exactly what you would expect from So Loki: closeup shots of Geoff, a lot of dancing from Sam and a closing scene that stays true to their DIY, independent ethos.

Watch the video for “Elephant Man” above and stream the full Planet Bando EP here.