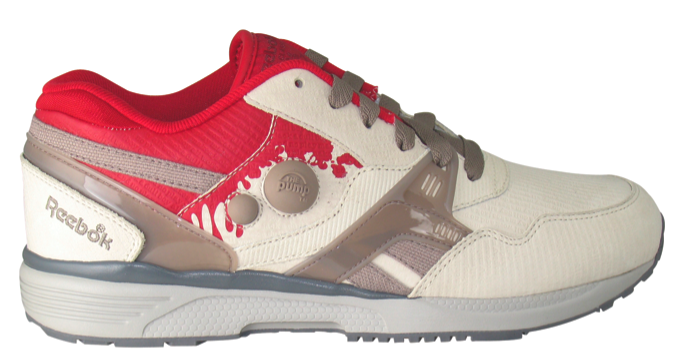 Welcome to the last installment of the sneak peak into Reebox Pump’s Spring/Summer 2010 collection. Today we are overjoyed to show to you the Kubrick Pack. Yes folks, that is Kubrick, as in Stanley Kubrick. Each pump has been designed with the legendary director/film maker in mind and have been named appropriately so. First up is the Pump low, shown above, cleverly entitled “the Shining,” hence the blood dripping detail on the upper.  Personally I really like the low top Pump’s, a lot. The demur and out of the way positioning of the actual pump, tucked away to the side, lends a very subtle, very sleek look to the overall shoe.

The high tops below, are also part of the Reebok Omni Lite design but come in premium materials and a premium design.  They are called the “Metal” and “Space” respectively, in honour of the films that bear those words in their names.  The Reebox Kubrick Pack Pump’s are by far the nicest series of Pumps I have seen since the Pump 20 limited edition series was released in November. The Kubrick pack will be available soon and retail for $170 for the high tops and $180 for the low tops. 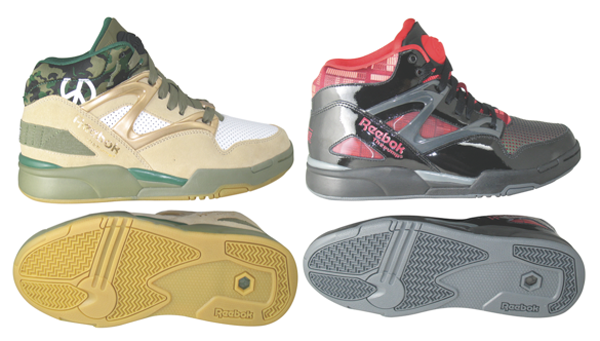