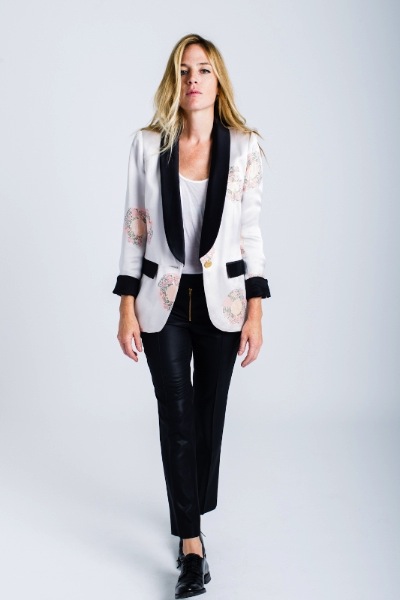 Two Canadian duos are always better than one, especially in the case of Smythe and Beaufille who have announced a collaboration set for release in the spring and pre-fall of 2015. Smythe designers Andrea Lenczner and Christie Smythe put their heads together with the emerging sister duo behind Beaufille Chloé and Parris Gordon to create one hell of a smoking jacket for the spring 2015 (that’s it above).

It’s that classic Smoking silhouette that’s already a steady favourite among Smythe enthusiasts and followers, in a completely new custom jacquard that mixes that edgy femininity of the Beaufille brand.

The jacket will be available in early February for Spring 2015 in Blush and Pacific Blue come pre-fall at select stockists.