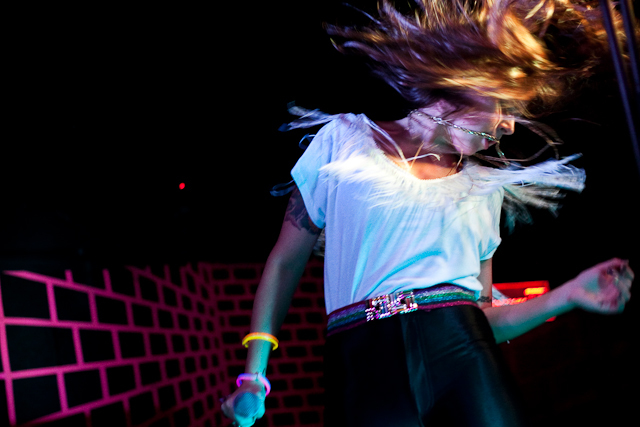 Brooklyn’s hottest electro duo Sleigh Bells are creating quite a stir despite not having an actual album to back up the hype. Breaking out huge last year at CMJ, the band consists of ex-school teacher and pop-singer Alexis Krauss and hardcore bedroom rocker Derek Miller. Together they blend electro beats and heavy guitar riffs with Alexis on vocals, producing an ear drum blasting sound that is constant across the five or six tracks circulating the web.

They’re currently touring with Major Lazer and are set to continue with local buddies Yeasayer at the end of March following an appearance at Coachella.

Look out for an album sometime soon, meanwhile give their track ‘Ring Ring’ a listen below.