Noise pop band Sleigh Bells have just released a new single called “Hyper Dark,” The ferocious track is another glimpse into the hyperkinetic songs the band have been recording since the release of 2013’s Bitter Rivals. The band has also announced a mini-tour which will take them across America in the coming months.

Listen to “Hyper Dark” and peep the tour dates below 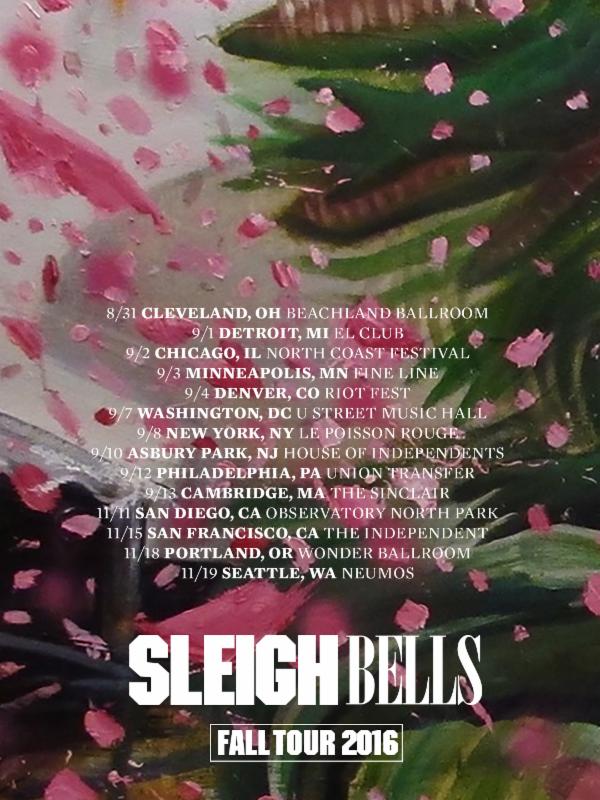