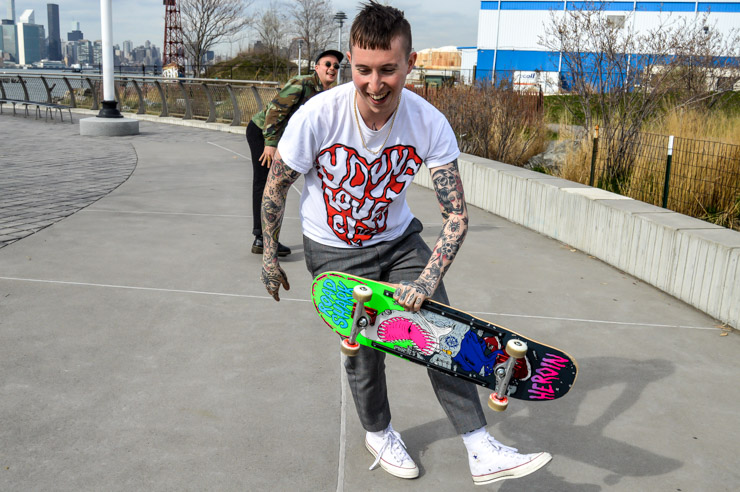 UK punks Slaves are back with a new tune called “Spit It Out,” which they premiered on Annie Mac’s BBC Radio 1 show last night. The duo have also announced that the follow up to last year’s Are You Satisfied? is finished. Part of the promotion for this new single involved a website hack app that lets you add a mask to any picture you upload, as seen below.

YOU ARE ALL SLAVES. https://t.co/rzD7GApNf3#TAKECONTROLpic.twitter.com/5s1d10rdHo

The site is called TAKE CONTROL and you can check it out here. Could that also be the album title? The band seems to be working on a new music video as well. Earlier this year we spoke to Laurie Vincent and Isaac Holman before their Brooklyn show.

Listen to “Spit It Out” above. If the rest of the album is anything like this, we’re 100% about it.