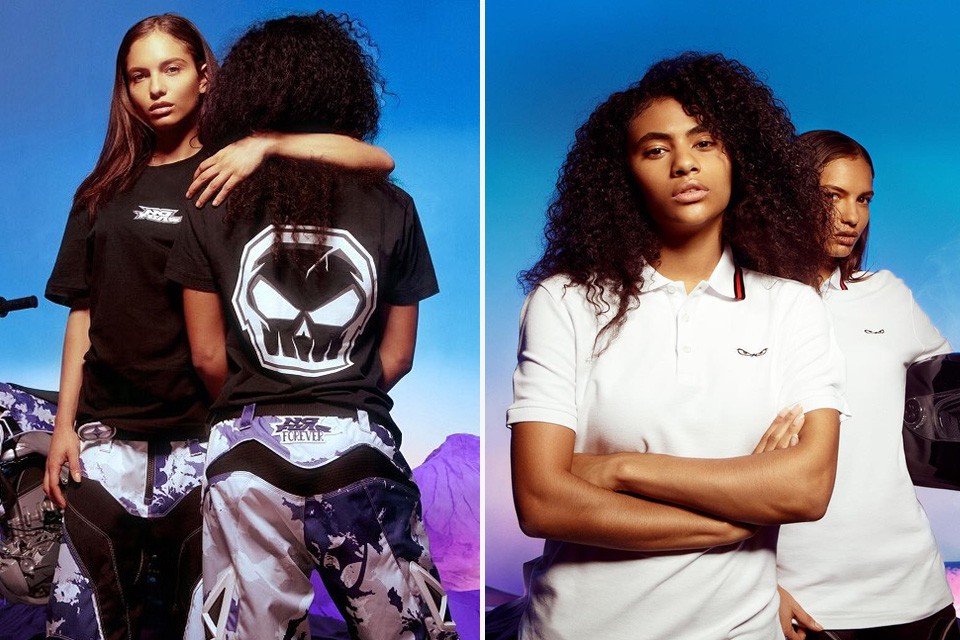 In a surprising move, Skepta has announced a new collaboration with late 90’s/early 2000’s brand No Fear. It will be his second fashion-related project in as many months after dropping a successful, sold-out range with Mains.

Skepta shared two photos on his Instagram and from the looks of it, the collection will include at least three pieces: a white polo with a logo on the lapel, a black tee with a skull design and a pair of purple camo motocross pants.

No Fear enjoyed a short run of popularity at the turn of the century but haven’t been seen much as of late, and most certainly not in the grime community known for favouring trendy brands including Palace, Supreme, Patta and all the big sportswear brands. Perhaps Skepta is looking to change that with this collaboration.

The Skepta x No Fear collaboration will release tomorrow exclusively at Sports Direct online and in-store.