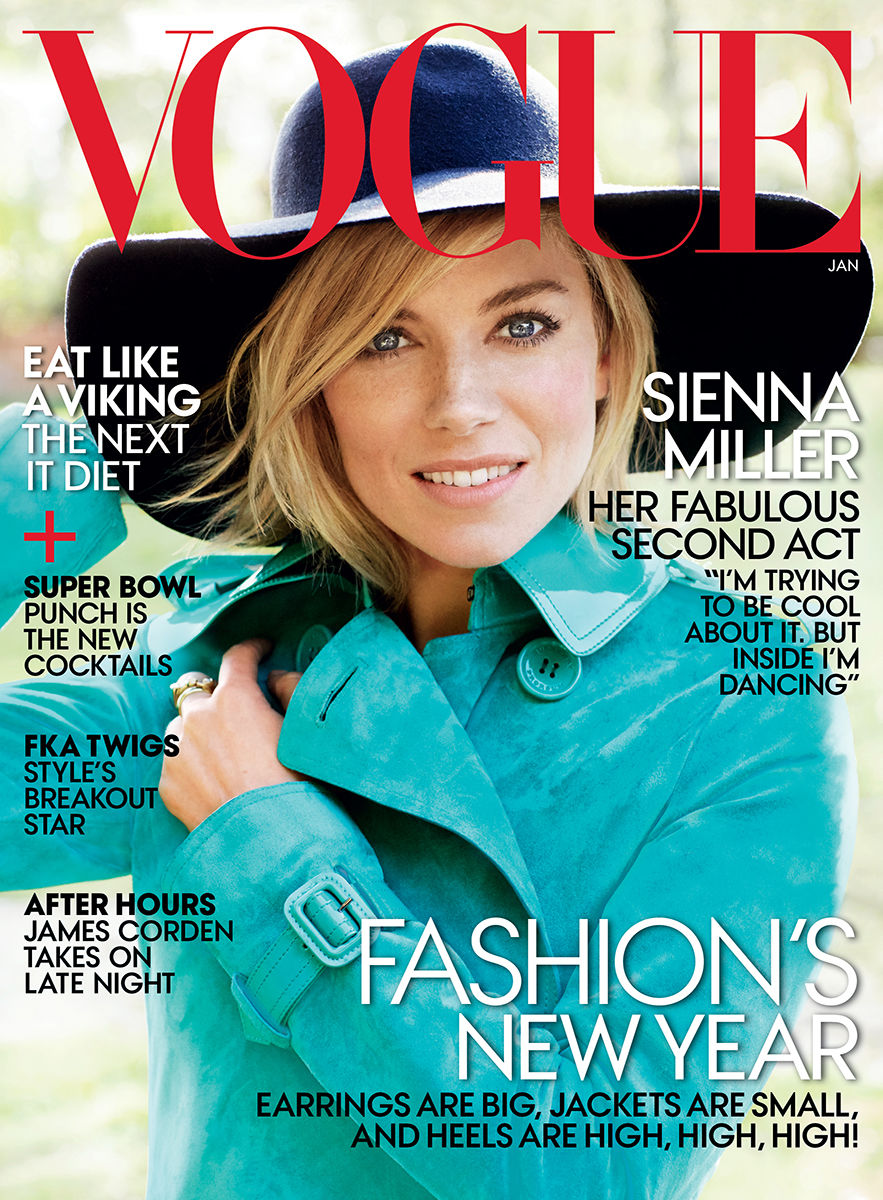 Sienna Miller is Vogue’s latest cover star for the first issue of 2015. It’s been a while since we’ve heard anything from this British superstar, since she’s been off having a baby (who east only organic puree and apparently McDonalds…?).

That’s the cover above shot by Mario Testino with Sienna wearing a floppy hat and a gorgeous teal suede peacoat. Vogue also released a video by Cass Bird, which captures Sienna at home in what we can only assume is somewhere in London, in her house, hugging her dog on the floor, freaking out when she finds her housekeepers brownie on the counter in the kitchen, and taking her dogs for a run in the park.

She’s always come off as rather wacky in person and on screen, and this video doesn’t do much to make you think otherwise, but she’s pretty cute anyway.