Starting a touch earlier than the previous day, Sideways kicked off with some of the best weather the city has seen all week. Originally scheduled to rain, the unpredictable weather system went from rain to scorcher… in as much as Helsinki gets a scorcher.

Kicking it off for us was Swedish Electro act Radio Dept. who have always remained a bit of a mystery in North America not touring much, not releasing new music often, etc. Aside from Lady Leshurr forcing the crowd to mosh, this was the livest the crowd got. This isn’t a derogatory statement, as it seems the Finnish are very consciousness of personal space ? and don’t like to cause a fuss (so no J walking) so to see the almost entire crowd bob and nod along with the occasionally foot stomp, you could tell it was a good time. In an almost unheard of turn of events, after the bands set, the crowd went crazy (relative) and actually managed to get the band to come back out for an encore. Something you never see at a festival. But, that was cool.

With a definitively larger crowd on day two than day one milling about the festival grounds, American rock band Dinosaur Jr. hit the main Sideways Stage. Belting out tracks from their extensive 30+ year discography, the noticeably older crowd nodded along emphatically. There was no doubt about their ability to rock, these guys are without a doubt legends.

As their set came to a close and we rushed over to the Plaza stage to catch UK grime collective Section Boyz get turnt up it was at this point we realized how polarized the programming for the festival was.  Although the majority of the crowd tended to favoured the rock legends, there was enough young and eager fans ready to get the party started with the up-and-comers who were all English acts.

The Skepta co-signed South London Grime collective took to the stage to bring the hype to the crowd. Despite having the backing track do most of the work, sometimes not one of the six members on stage had the mic to the lips as the song played, they got the energy level up! They brought a level of hype to the festival that was noticeably missing, especially on day two. Between constantly plugging their Instagram (follow them now) the Boyz showed their star power. If they can hold it together and get their live performance up, they will definitely have a lucrative music career.

Over on the Park stage Finnish band Satellite Stories performed to a sizeable crowd of people who were all dancing like crazy to the band fun pop rock tunes. We were wondering where all the dancing was happening and although we did not understand most of the lyrics or in between song banter, the tunes were pretty solid. It was actually pretty hard not to get caught up in the songs energy and dance along. That was refreshing.

The sun finally set as Röyksopp took to the main stage of Helsinki’s Sideways Festival. As the Norwegian dance duo launched into their set of electronic fire! Whether it was the sun finally setting, all the booze, or the fact it was Saturday night, the crowd turned the mainstage into a legit dance party. It was one of the first times we felt like we were home. Home being the insane crowds and music fans letting loose and wilding out.

After two days of distinct and diverse musical performances, we can definitely say that Sideways Festival in Helsinki is a success! It was fun and it was civilized and every minute of it was fun! If you get a chance, and find yourself in Finland or even Europe in early June next year, we strongly suggest you make a point of checking out Sideways. 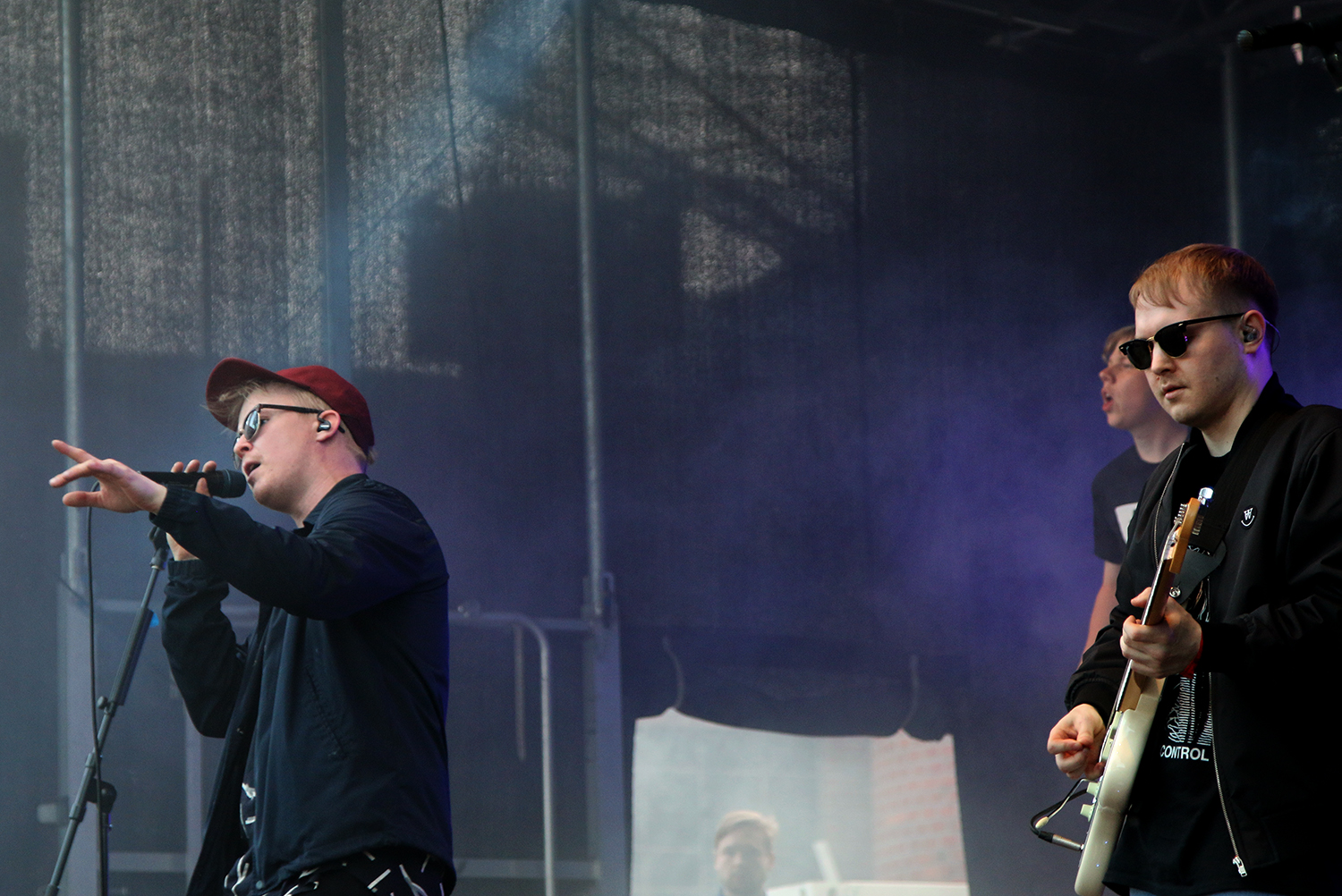