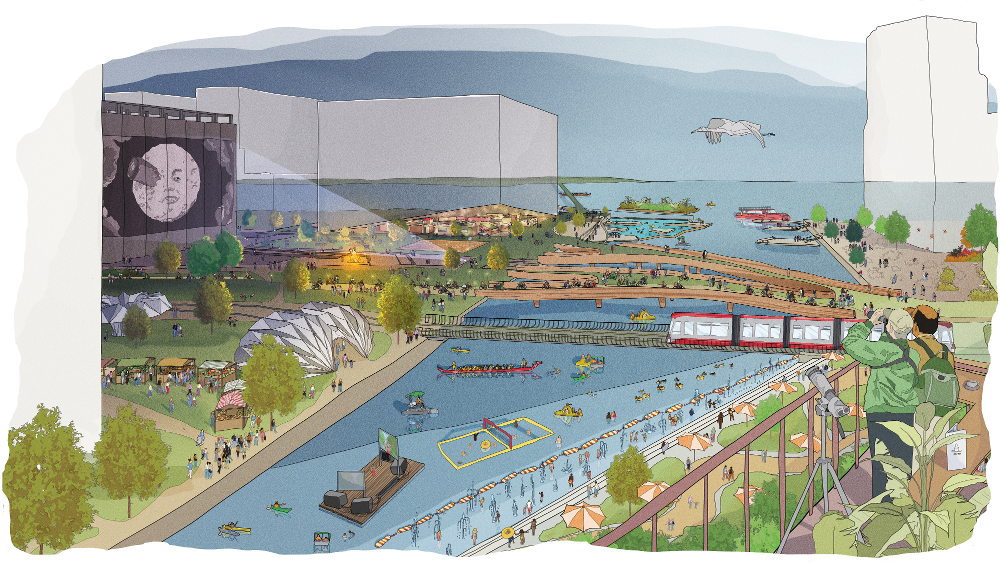 Sidewalk Labs and Quayside: What we know so far

Last week, Google-affiliate Sidewalk Labs further unveiled its plan for Toronto’s ‘Quayside’, the futurist vision for the 12-acre waterfront property between East Bayfront and the Port Lands. Talks on how the team plans to turn the space into a “smart city” neighbourhood and what materials will be used to get there were discussed. The final proposed plan will also include financial breakdowns and will be vetted by Waterfront Toronto. This is expected to happen by early 2019, and Quayside serves among the growing interest in smart city development. China has approximately 500 smart city pilot projects planned. 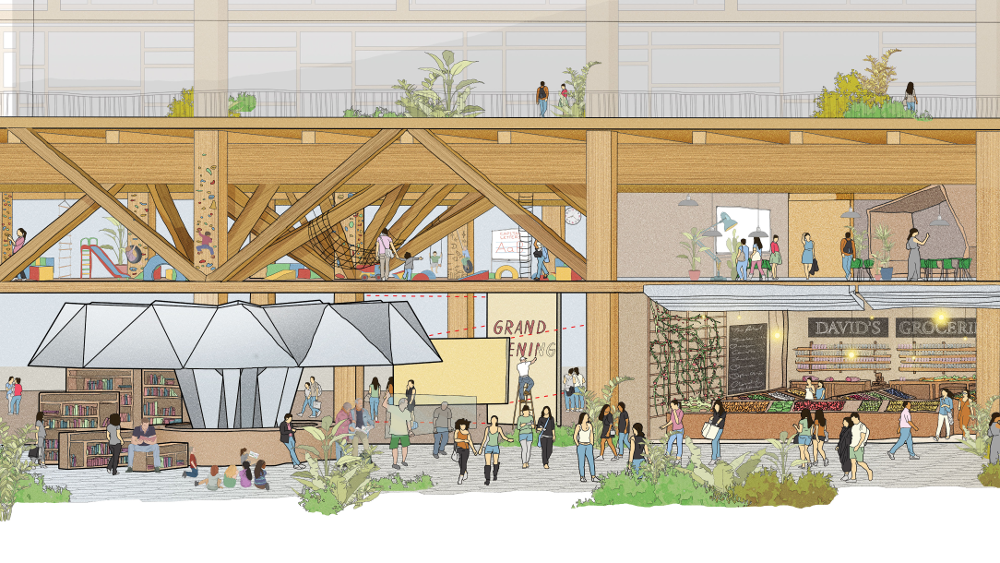 THE TASK: How to create a people-first city in the digital age?

Below is a snapshot of the allotted area (Quayside). 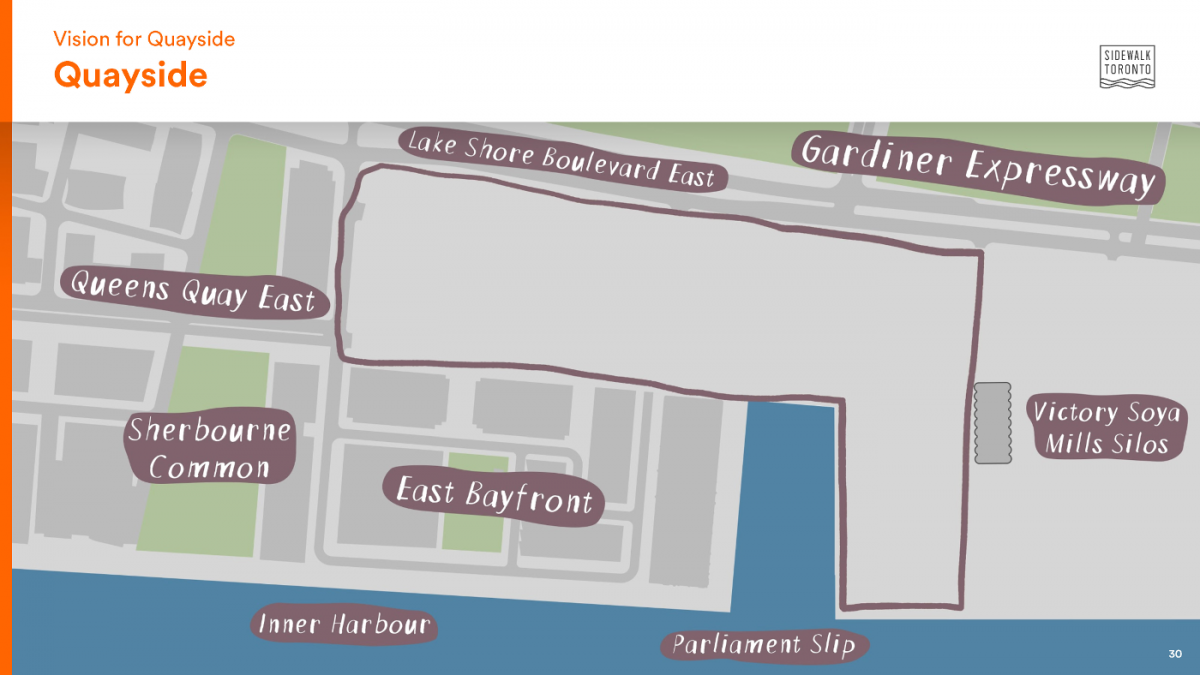 The current zoning for Quayside is approximately 3 million square feet and is 90% residential. According to Sidewalk Toronto’s objectives, Quayside plans to house a range of diverse household sizes and incomes, expand non-residential space for additional retail, office, production, and community uses, and experiment with new infrastructures (with fewer towers than currently zoned).

One of the biggest project announcements was about the implementation of hexagonal, modular pavement tiles which would help melt ice in colder conditions as well as possibly have distinct colours and sensors to direct the movement of cars and other traffic. How to direct the flow of traffic is central to the project and planners are closely monitoring autonomous cars and how their compactness and algorithmic commands could reimagine space. 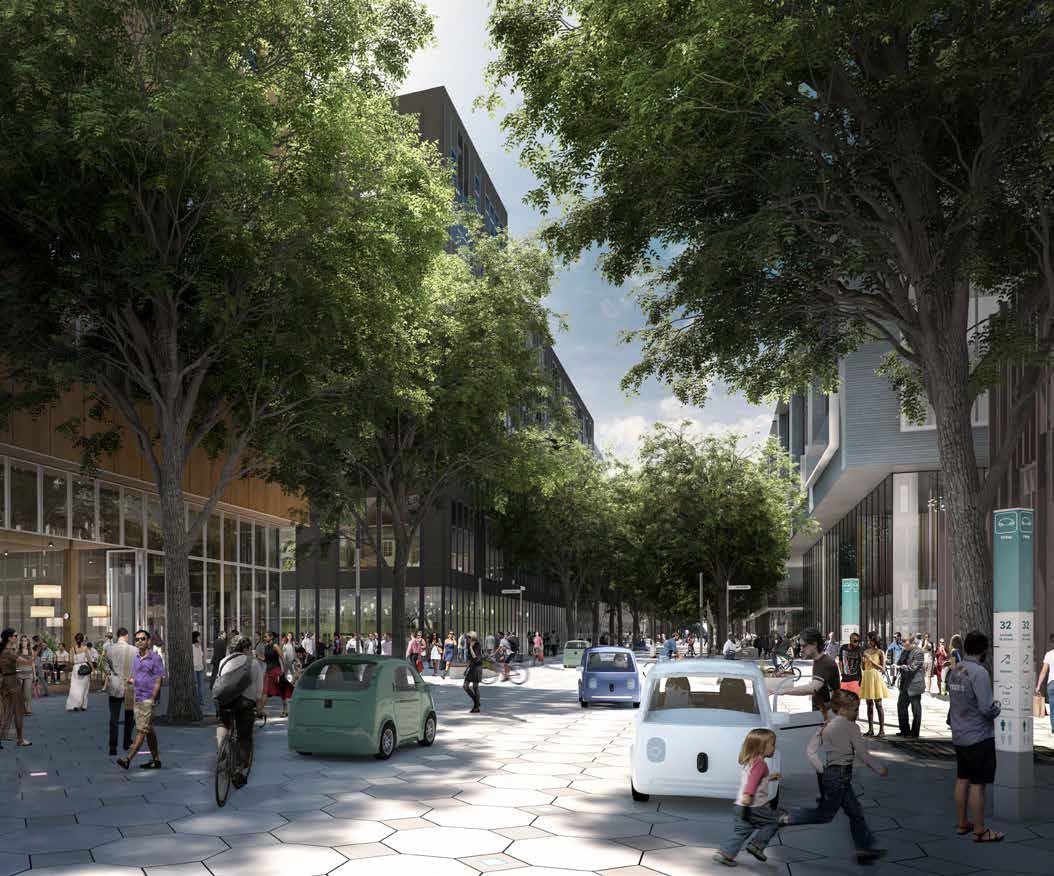 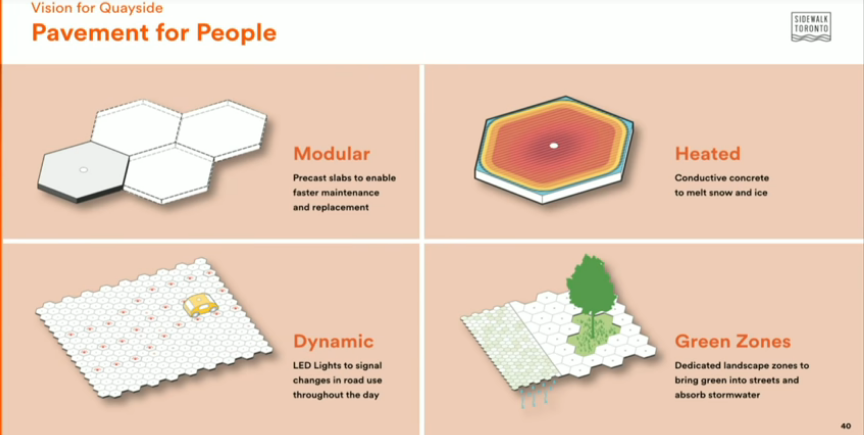 The team also talked about how Quayside will serve its citizens, layering up storefronts and businesses with daycares and other institutions, creating a township through varying infrastructures and social activities. However, creating vibrant spaces to live and work within a tech-forward smart city, while also keeping public data private is one of the main concerns and many are skeptical especially when things like this are already happening. Will our moves, purchases, interactions, conversations be monitored? Recorded? Used to target us (or punish us?). This is a concern that planners have yet to address.

The team, however, did suggest that there may be designated spots within Quayside where internet access would be readily available while other spots could be WI-FI-free zones or only activated at certain times. Essentially there could be a divide between digitally turned on and off areas, and they also discussed how streets will be remade as places with distinct identities.

Creating access to the water’s edge as well as connecting a series of parks, open spaces, daycares and plazas together is all part of this new, reimagined realm.

The team continuously stressed how architects and planners of the project have researched from first principles. Things like how to power homes with DC power (“I can now remove a panel without calling an electrician?!”) to how to capture waste heat from various sources, to using building construction materials like timber, to studying new ways to interact with the lake, have all been taken into account. 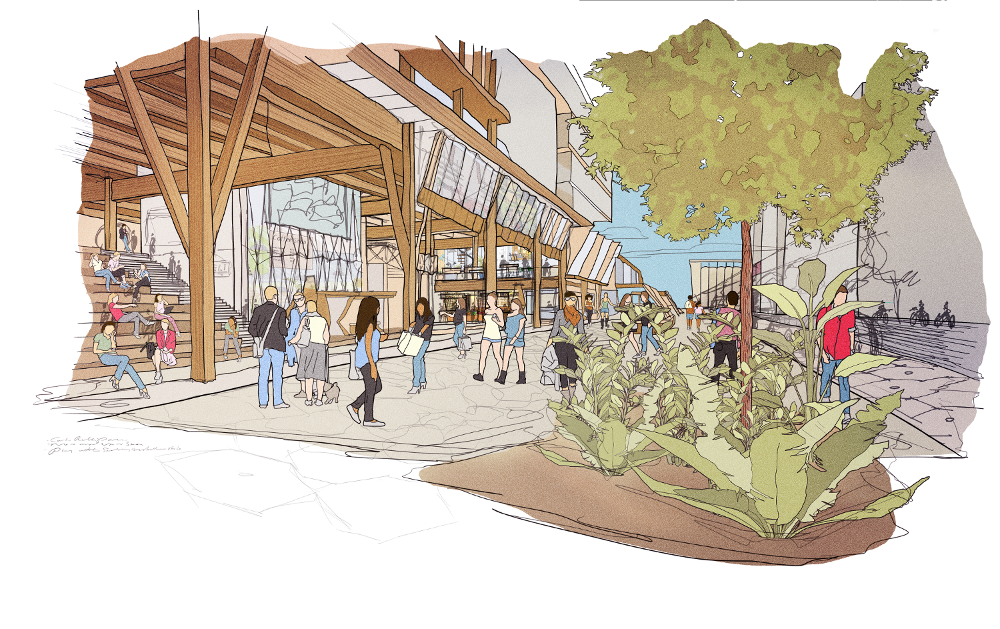 In Quayside we’re told that wooden towers stretching 30 metres high coupled with “expandable rain jackets” are in the plan. The “rain jackets” would help protect people from getting soaked or snowed on, adding protection to the public space. The timber is mostly sourced from Canada. 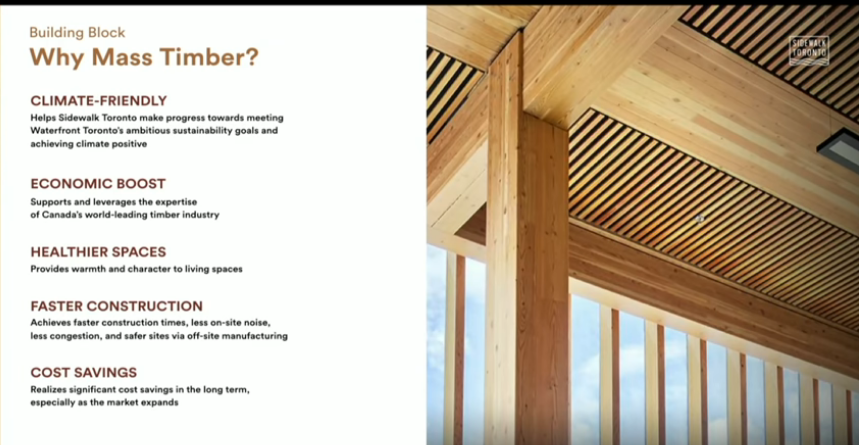 How data will be protected, what security will be in place, where the finances are coming from and how they will play into the overall development as well as a heck of a lot more information has yet to be released. In coming months this should change. We’ll keep updating as more details become available.

In the meantime, if you’re super curious, check out the original proposal that came out in October 2017 here.

It’s just a couple pages to scan through… 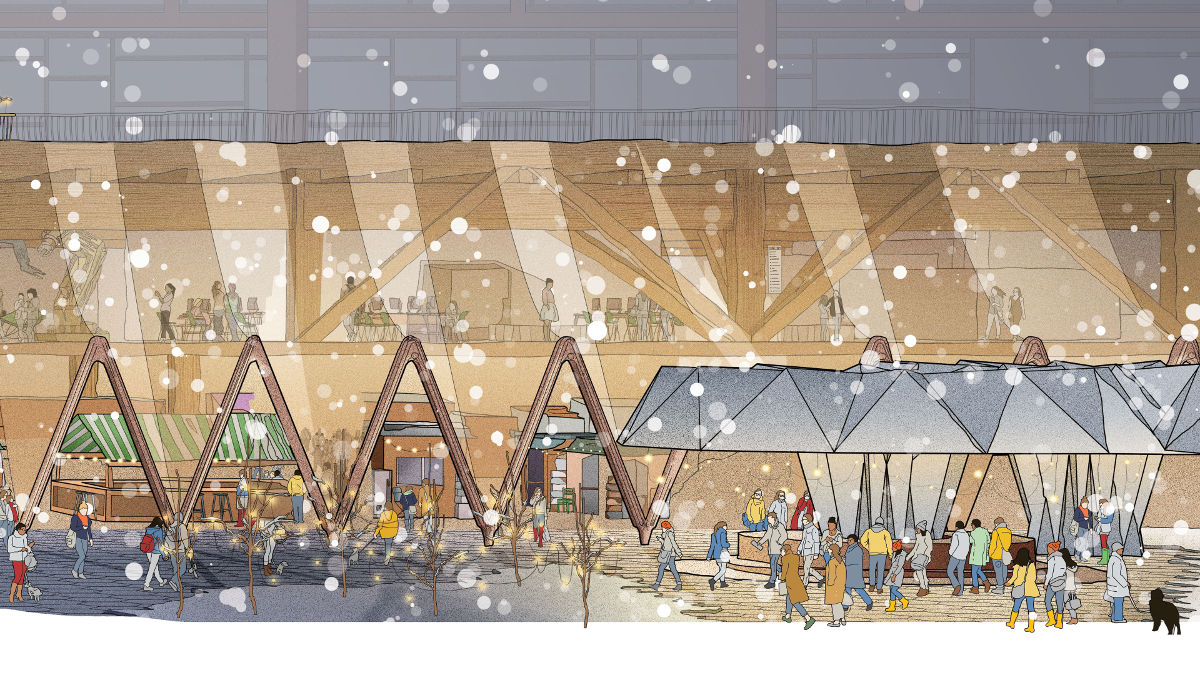