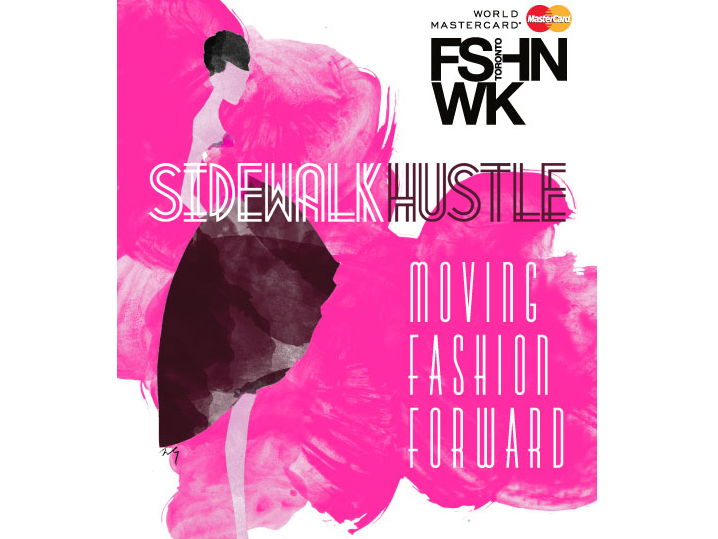 As lovers of both music and fashion, we really adore when they get along. There’s just one little thing that’s been getting on our nerves over the last few years at Toronto Fashion Week. The gross lack of musical diversity. There’s a plethora of amazing new and exciting music released every single day, there’s really no excuse to make a boring selection for those precious few minutes. We always feel horribly let down when a super talented designer chooses to showcase their collection to a homogenous power beats over that new slow building Broods track “Never Gonna Change” for instance. So let’s leave Hotel Costés volumes one to fifteen at Anthropology, shall we?

Don’t get us wrong, some brands have great music taste, but in our opinion, the majority of brands that show are so fashion focused, (and there’s nothing wrong with that), they often select a dull ambient tune (or one that’s been played out to death) with zero relevance. In 2012 how many designers used Dragonette’s beyond annoying track “Hello” for their finale? Or that recognizable track from a car ad that plays over and over in prime time? Perhaps it’s a calculated move on their part to seem more commercially appealing to a mass audience, but personally we’re over that! We want to hear that sexy throbbing new BANKS track produced by Schlomo (rad video alert), JUNGLE’s highly addictive “Busy Earnin'”, Sylvan Esso’s “Coffee”, Hercules & Love Affair’s “Do You Feel The Same?”, or at the very least some bloody FLUME. Sorry, too upbeat? What about St. Vincent’s “Digital Witness” or GEMS “Medusa UN₡U₮”? We really could go on.

Shout out to our newly launched monthly mixtape series!

To prove we aren’t just being negative we can recall several instances where good music has made an impact on the buzz about a collection. For instance this time last year Joe Fresh showed their Fall Winer 2013 collection set to Aussie artist Ladyhawke’s “Paris Is Burning” (one year they also played Azealia Banks’ “212” which, at the time, was a pretty edgy move), and Chloe Comme Parris chose Velvet Underground in Fall Winter 2012 and Nirvana and Tame Impala in Fall Winter 2013. A special nod goes to Holt Renfrew who have impressed us every season they showed at the tents. From their 175th year celebration when they played Calvin Harris’ track “Sweet Nothing” featuring Florence Welch, to their spring 2012 presentation “There’s No Place Like Holts” where the models walked out to Tame Impala, and finally to their fall winter 2012 presentation when they played an entirely Canadian mix of Grimes, Bishop Morocco, Arcade Fire, MSTRKFT, and Austra.

We thought we’d take this opportunity to make some gentle suggestions of music we hope to hear on the runways this week (but probably won’t).