After the little teaser we posted up on the weekend from Montreal’s Osheaga, we’re aiming to go about our coverage of the fantastic music festival by selecting the acts that moved and inspired us the most.

First up, the Hobo singer extraordinaire Mr. Edward Sharpe (ripped sleeves, dirty hair and all) and his wonderfully talented Magnetic Zeros. Definitely a folksy highlight for us, they played to a mid-day crowd of a sun drenched thousand or so with the upmost vigour and excitement despite their time slot getting cut a little bit short.

Bobbing along to favourites like “Home” and “40 Day Dream” the crowd was so into it, Mr. Sharpe jumped off the stage and made his way though the front lines of his adoring fans. The bands social energy drifted onto the crowd so much so that by the end of their set everyone was heckling, cheering, and singing along!

We’re big fans of band love here at Sidewalk Hustle, so we were pretty excited to spot the majority of members fromÂ Edward Sharpe and The Magnetic Zeros sitting atop the sound booth anxiously awaiting Beach House‘s dream pop set later that day (see pic below).

Second only to our poutine overdose was the wonderfully gorgeous pipe-baring Victoria Legrand who dazzled us far beyond imagination. It wasn’t the rotating sparkly things in varying sizes Beach House used as a backdrop that did it (although it didn’t hurt!) but the sheerly album perfect performance they put on after an epic-long sound check. We’ve been pretty big fans since 2007 when we discovered their self-titled debut, yet were were delighted that they managed to play almost all of Teen Dream running right into Robyn’s set time.

Take a look at some of our photos from Edward Sharpe and The Magnetic Zeros and Beach House in action below and be sure to stay tuned for the rest of Sidewalk Hustle’s coverage of Osheaga coming up this week! 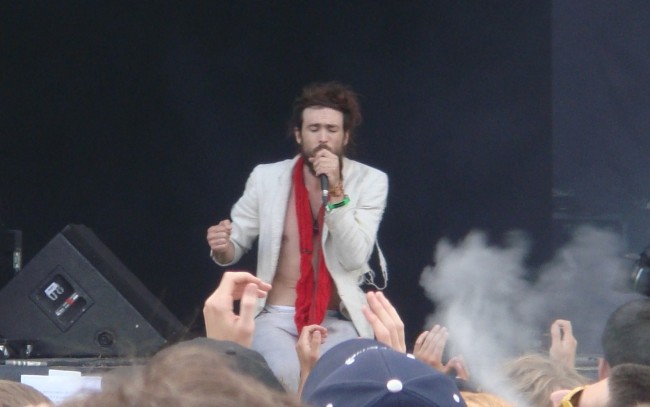 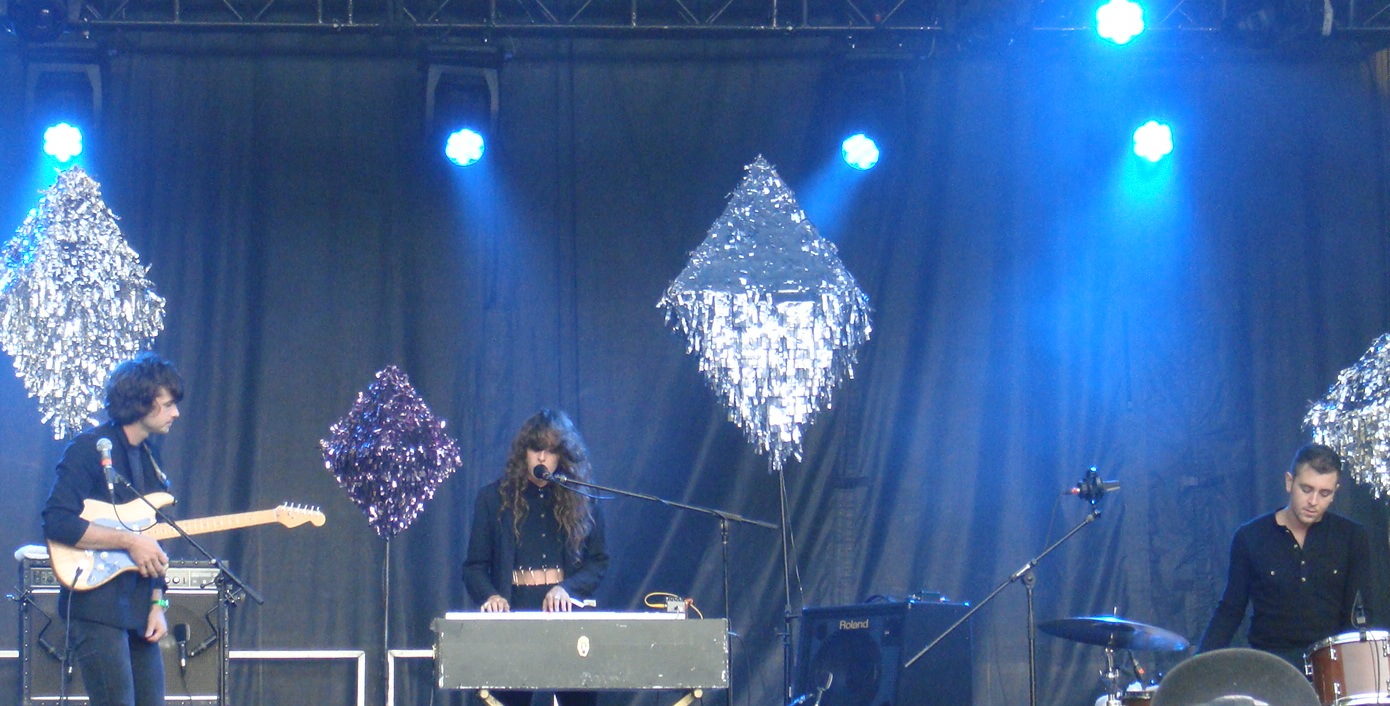 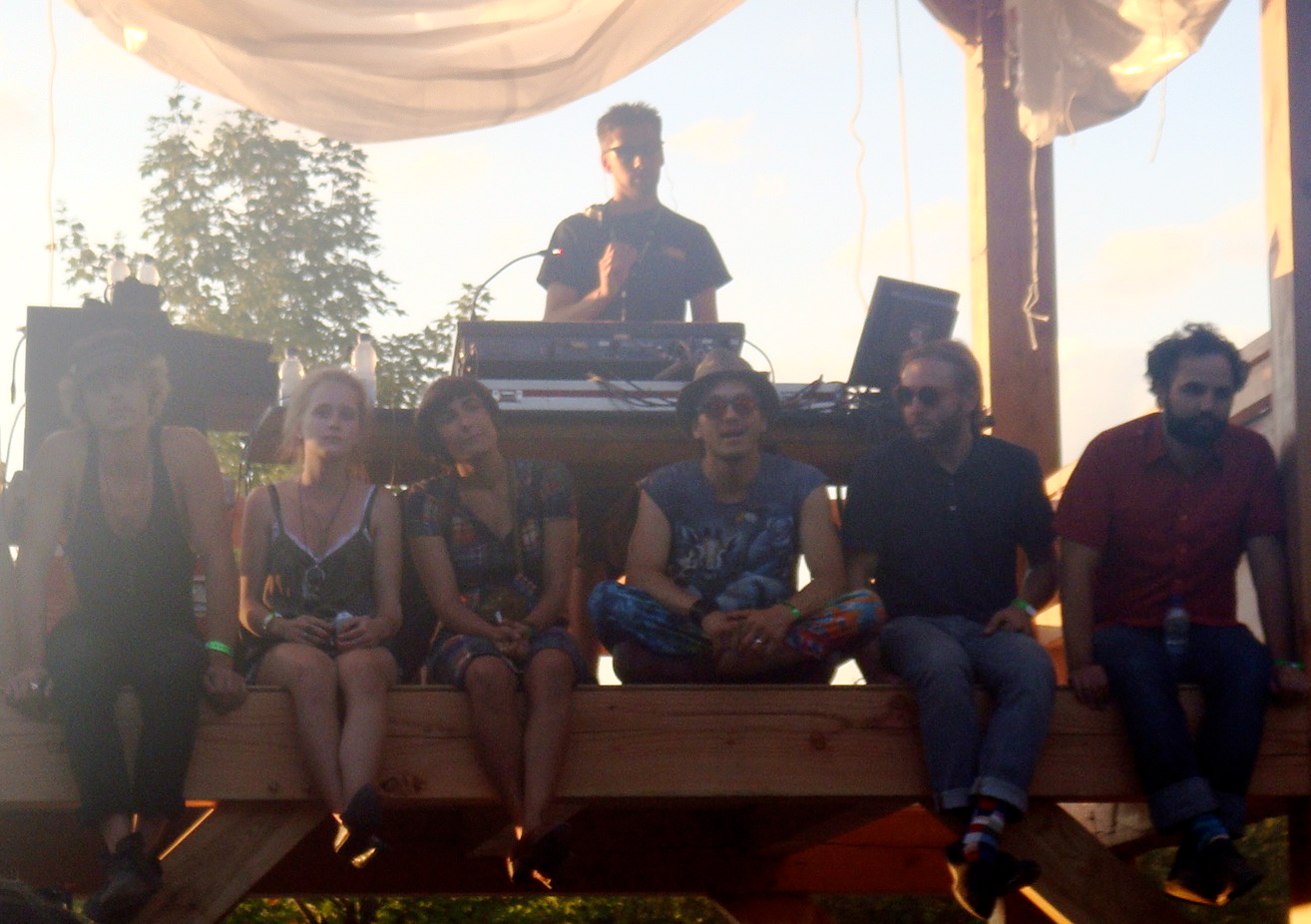