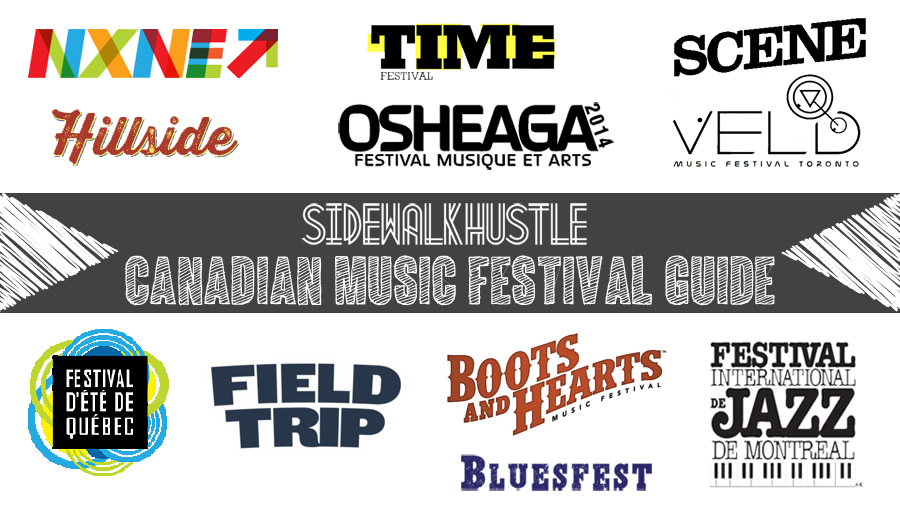 Missing out on Bonnaroo and Governor’s Ball south of the border Canada? Get your festival fix closer to home with our guide to Canadian music festivals this summer between June and August!

Indie acts Half Moon Run, CHVURCHES and post-hardcore band Fucked-Up will be performing at the two day festival. Headliners The Broken Social Scene, Interpol and The Kills are sure to draw a large crowd to Fort York & Garrison Common.

Watch as popular Canadian acts hit the stage during the Canada Day long weekend in St. Catherines. Acts listed in the released lineup include Mariana’s Trench, The Sheepdogs, The Arkells and Lights.

The 10 day music festival takes place in the country’s capital right after Canada Day and features a range of genres. Lady Gaga, Tyler the Creator, Blake Shelton, Journey and Tokyo Police Club are among the assorted lineup.

Dean Brody, Lady Antebellum and Blake Shelton are among the announced performers that the east coast festival will host. Before the full lineup has even been announced VIP ticket options are already sold out for the small-town fest.

Canadian acts Tegan & Sara, Stars, Radio Radio and July Talk will be performing for at the massive Quebec City festival. Legendary rock acts Blondie, Bryan Adams, Billie Joel and Journey will also be taking the stage during the 10 day-long fest. Other notable headliners include Lady Gaga, A$AP Rocky, Queens of the Stone Age and Snoop Lion.

Embrace and Indie 88 have partnered up to bring Time back. This one day festival will see fans itching to watch Grimes, Charli XCX and California hip-hop group, Death Grips.

The trendiest music fest in Canada will include diverse headliners Outkast, Jack White, Arctic Monkeys and Lorde. A motley of popular alternative acts like Temper Trap, CHVCHES, The Kooks and Haim will also be taking the stage during three day event.