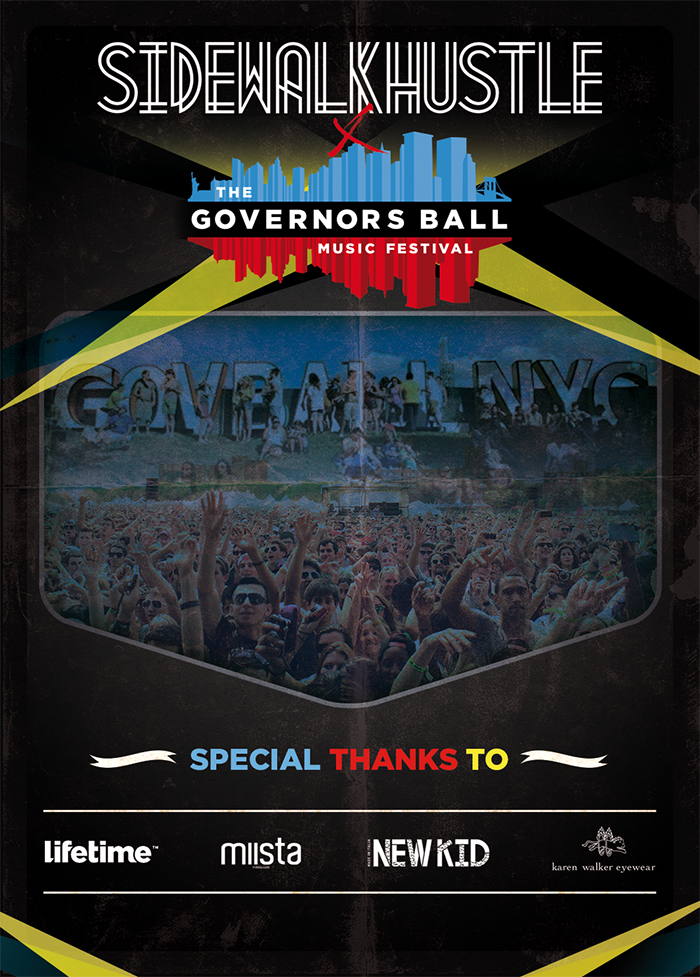 Tomorrow basically all of New York (and us Torontonians) will take to various forms of water transport to get their music fix on Randall’s Island at Governors Ball Music Festival. Boasting such headliners as Kanye West, Kings of Leon, and Guns And Roses, the festival takes place across three days and four stages.

But those headliners don’t really make us jump up and down as much as the rest of the line up. We’re probably most excited to see Alt-J, Divine Fits, Polica, St. Lucia, Local Natives, Haim, Beach House, Nas, Kendrick Lamar, Yeasayer, Foals, Grizzly Bear, Cut Copy, Twin Shadow, and Wild Nothing, if we had to choose.

And the party doesn’t stop because of the island curfew, there are a ton of post fest parties and shows both official and unofficial happening in the city and Brooklyn. We’ll be hitting up Spoon’s Britt Daniel DJing Brooklyn Bowl, Pure Bathing Culture at Mercury Lounge, Haim at Brooklyn Bowl, Crocodiles at Union Pool, and Polica at Brooklyn Bowl to name a few of the very best. As well Queens of The Stone Age announced a secret show at an undisclosed location happening tonight, and if you were one of the lucky few to stumble upon the invite at the time to buying their record, we’ll probably see you there.

We’re super pumped for the festival and want to take this opportunity to thank all of our super rad partners including Miista, lifetime, New Kid Shoes, and Karen Walker Eyewear.

Stay tuned for our coverage of the festival later this week!