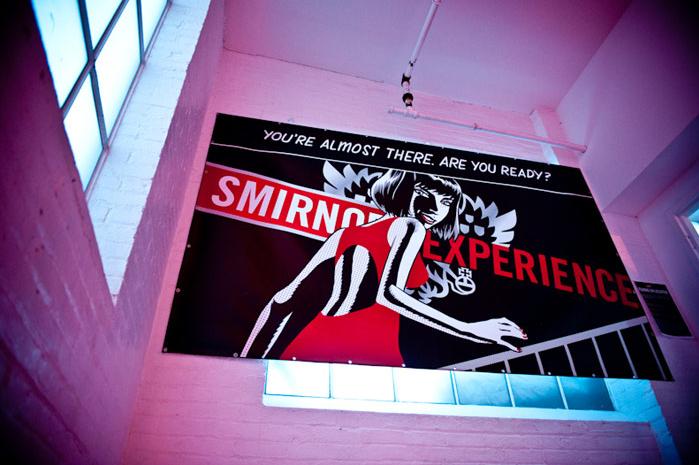 Monday’s Smirnoff Experience was just that, an experience. In branding, events, social networking, and of course, booze.

We arrived just as the festivities began at the ARD Events loft space on King East only to see the building transformed from its usual industrial oasis into a real living breathing comic book themed venue.

Upon entering we were handed a bubbling cocktail of sharp lemony vodka perfection and continued to sip expertly mixed combos from Ribenna Cordial with Vodka and Lime to Vanilla Vodka & Coke as the night progressed sloppily onward.

Continuing on through the red-washed loft, with projections of the party against the outer venue walls in comic book form of course, we came upon a photographer with a high-tech little drawing pad taking shots of party people to feature in a comic book all their own (we posed of course).

Wandering back towards the bar to pick up another yummy Vodka bevy, we came across the Twitter Fall with tweets rolling down with appropriate Hash Tag in hand just as Deadmau5 took the stage with his beats pumping.

We came, we tweeted, we drank and danced. Take a look at our round up of photos below. 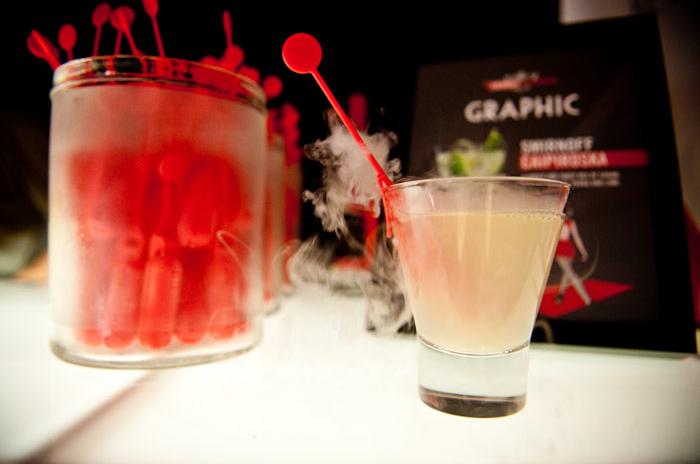 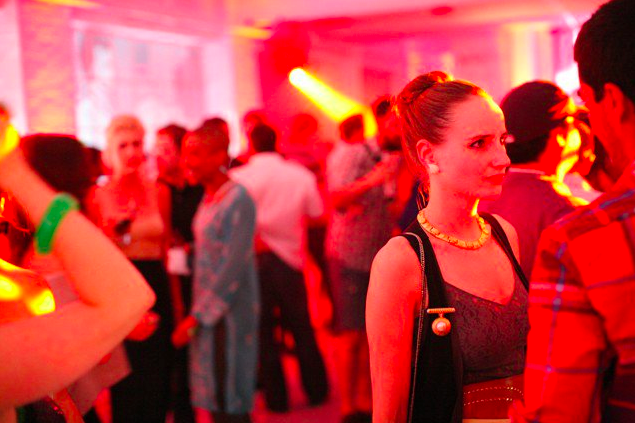 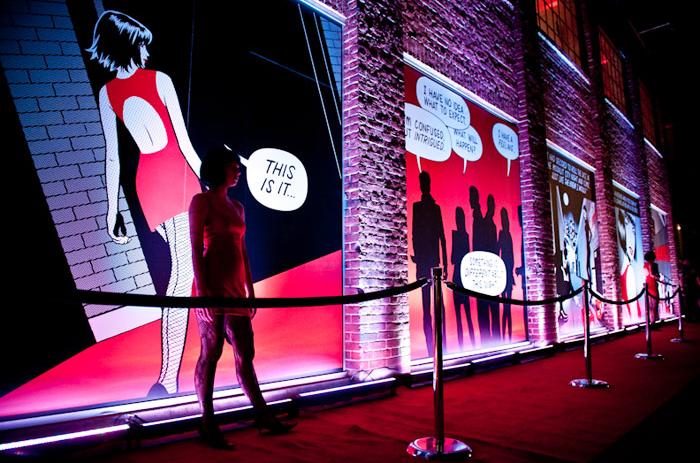