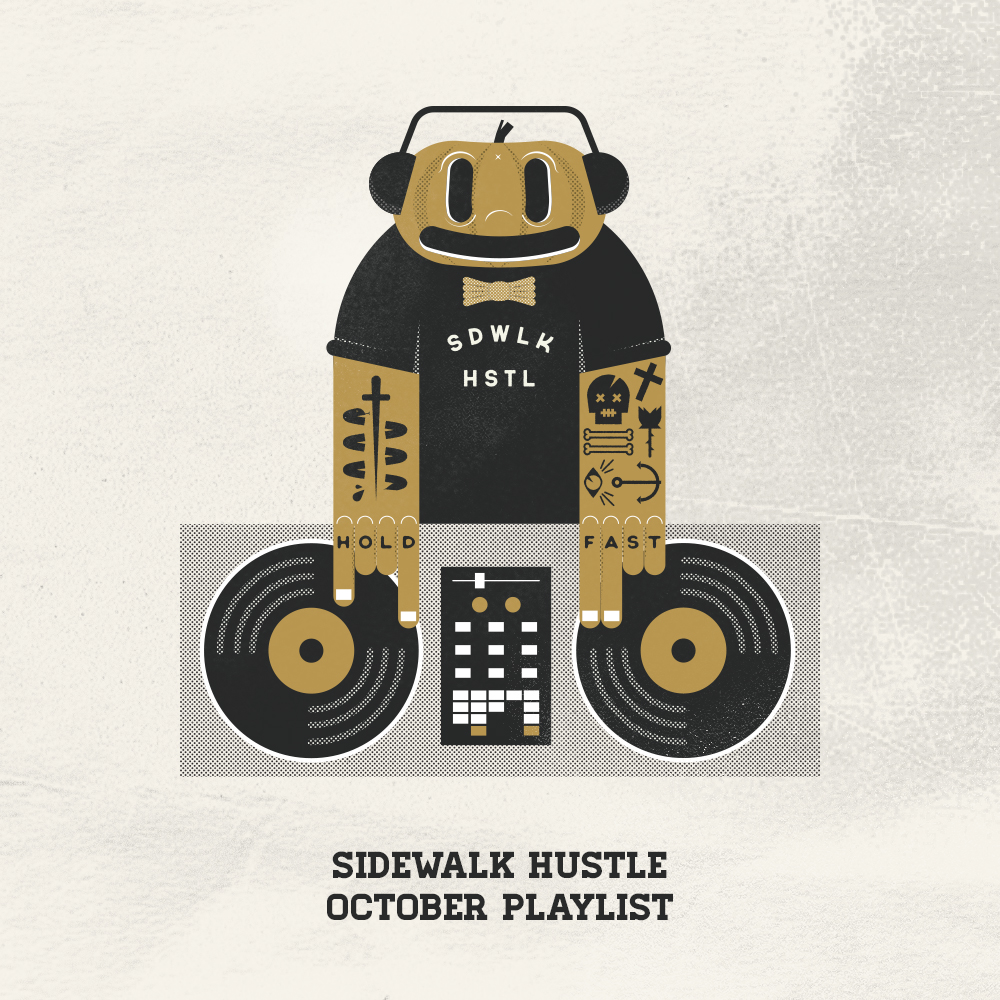 Dang, It’s cold and gloomy now, the days are getting shorter and seasonal affective disorder is starting to set in. But don’t stress too much, because as always we here at Sidewalk Hustle have complied our top new songs released through the month of October and put them together for our next mixtape edition.

How will this help you with the cold and the S.A.D.? It won’t, but at least you’ll have a dope ass soundtrack to wallow away the days. So press play and dive right in.