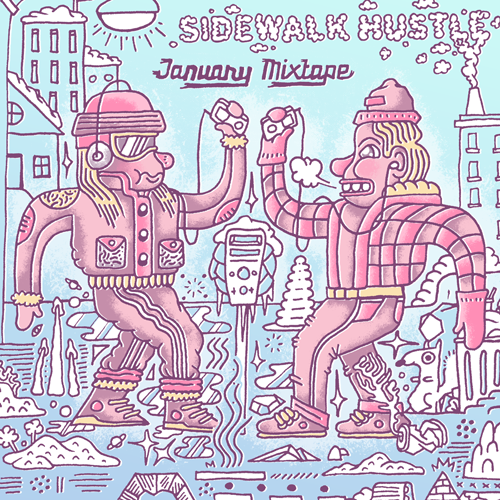 Cot damn, January was a long month! Can you believe we all just endured 5 weeks of that cold, dark month? Well don’t worry, we made it through! Blizzards aside, we’re one month closer to those lazy, sun-drenched days of summer. Come on, positive thoughts here folks.

Maybe everyone was feeling like they were held hostage by the extra long-feeling month, because the musical output was fantastic. From St. Vincent to Giorgio Moroder, Lil Wayne to Shlohmo, Toro Y Moi to Jaden Smith, and so much more, January was a good month for new tunes. As such, our January mixtape is a monster, weighing in at over 20 new tracks of non-stop awesome music. Alight, enough verbal flattery, press the big play below and get to grooving.