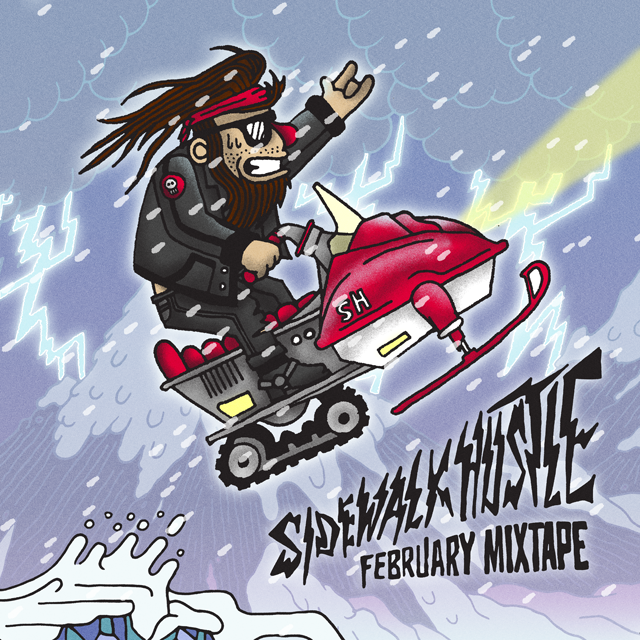 February is now over, and although it is the shortest month of the year, there is some sort of special magic that makes it feel like an eternity. Is it the unending cold? Is it the non-stop sub-arctic temperatures? Probably man, probably. But the upside to the eternal damnation that is February is that everyone is locked inside their homes and after The Shining-like cabin fever sets in, creative people start creating. Speaking of creative creations, we have been absolutely enthralled with the Thundersnow meme that’s been circulating the net, and as such it has both influence this months album art, as well as our general disposition towards the world. If you don’t know what we’re talking about, click here now.

Therefore we have another list chock full of excellent new music from some of the industry’s top talents as well as a ton of emerging artists. We have everything from Drake, to Scarlett Johansson’s new musical project. We have hip hop, dance, and rock music all mixed in together perfectly. There is also a heavy contingent of music from Toronto artists.

As always, we here at Sidewalk Hustle have assembled a heavyweight champion of a mixtape for your listening pleasure. So stop standing there pretending to do work, press play below and get to grooving.