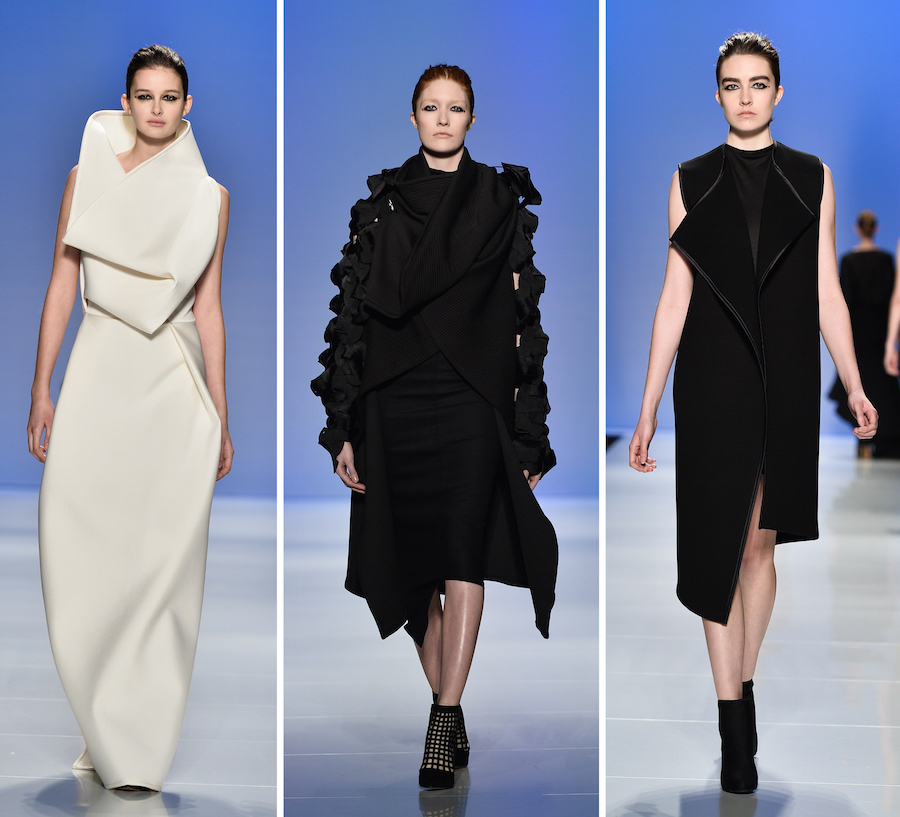 This past year has been very successful for Sid Neigum – he has earned a number of accolades, most notably the Mercedes-Benz Start Up 2014/2015 Awarded Designer for his Spring/Summer 2015 collection, presented last Fall at WMCFW. His line can now be seen at high-end retail such as The Room at Hudson’s Bay and Toronto’s with-it boutique Jonathan + Olivia. For his much-anticipated Fall/Winter 2015 collection, Sid Neigum revisited his modular origami technique that helped bring home the bacon this past year, but explored it more indepth by combining it with new treatments and fabrications, such as laser-cutting and metallics.

Through the various bursaries his talent has earned over the past few years, Sid Neigum has leaped one of the toughest hurdles of the Canadian fashion industry (and it should be seen as an industry): cash flow. There are many well-documented cases of Canadian fashion talent not seeing the light of day due to the lack of funds to go to production. It is exciting to see a talent like Sid Neigum’s make it to retail, and his Fall/Winter 2015 collection made it clear he would like it to stay there. His (lack of) colour palette was every practical, but fashion-loving, woman’s favourite: black and white. Pieces such as a draped black trench could be imagined as a closet staple, while voluminous, architectural evening looks are easy-to-wear statement pieces – well, easy-to-wear for the woman who wants to be noticed for all of the right reasons.

Check out photos of the collection below. 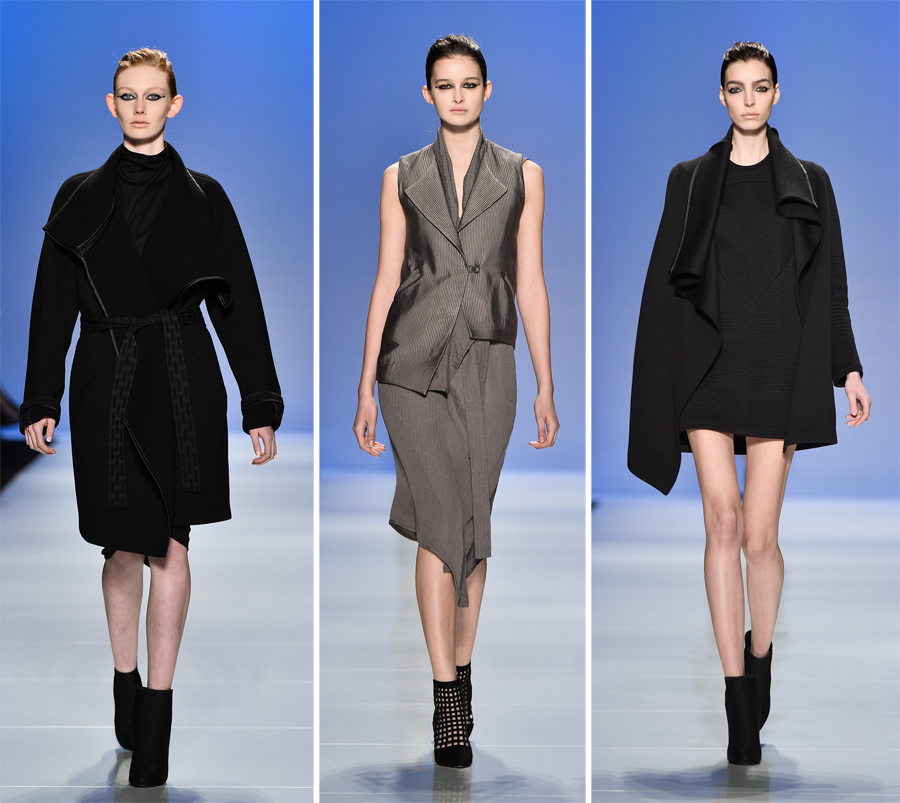 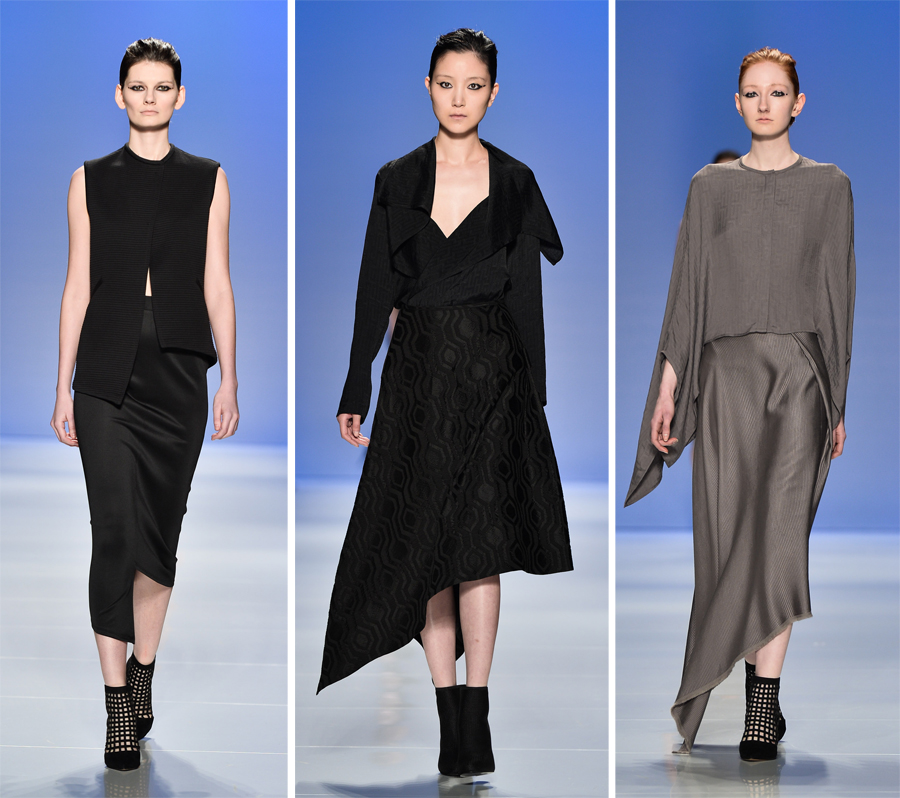 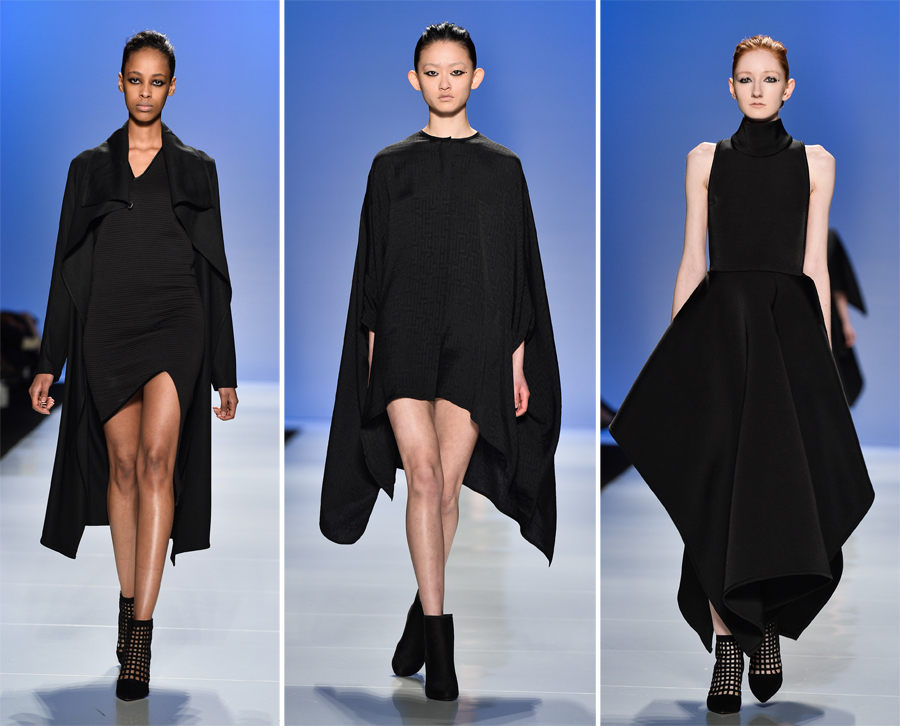 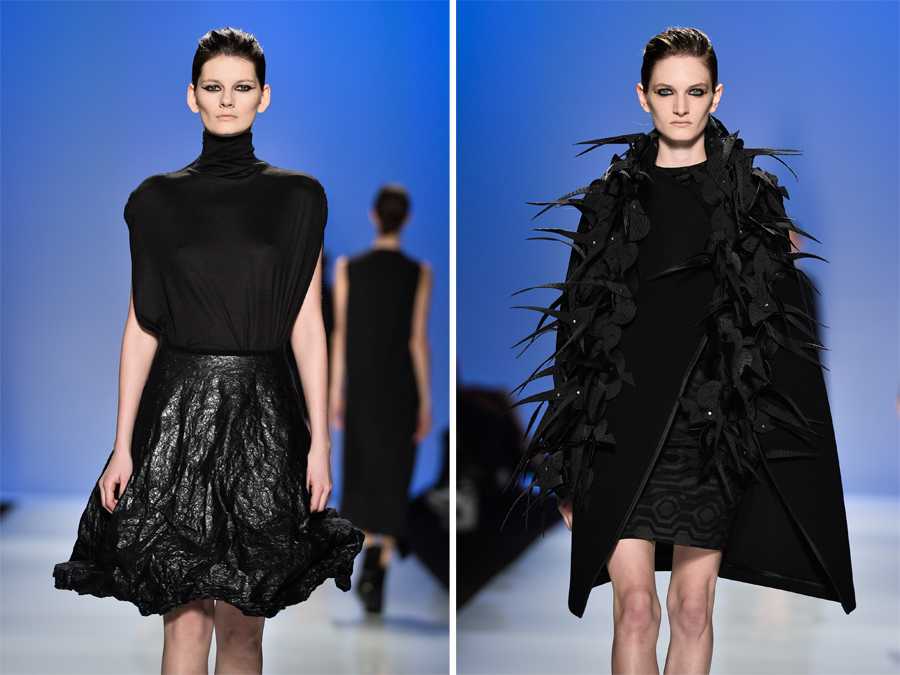 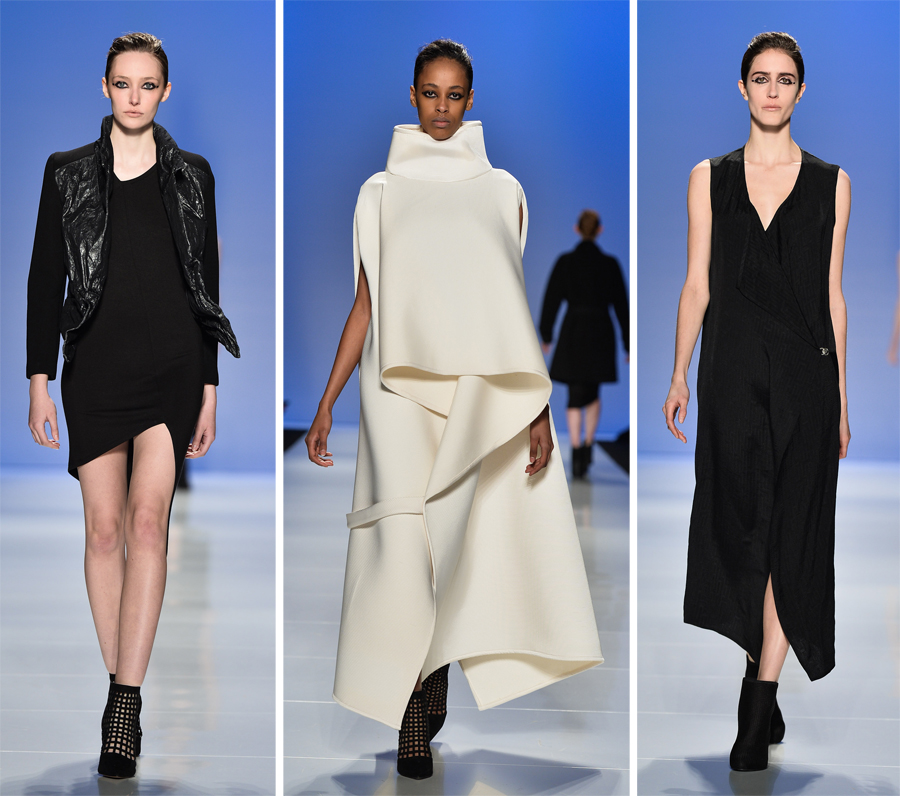 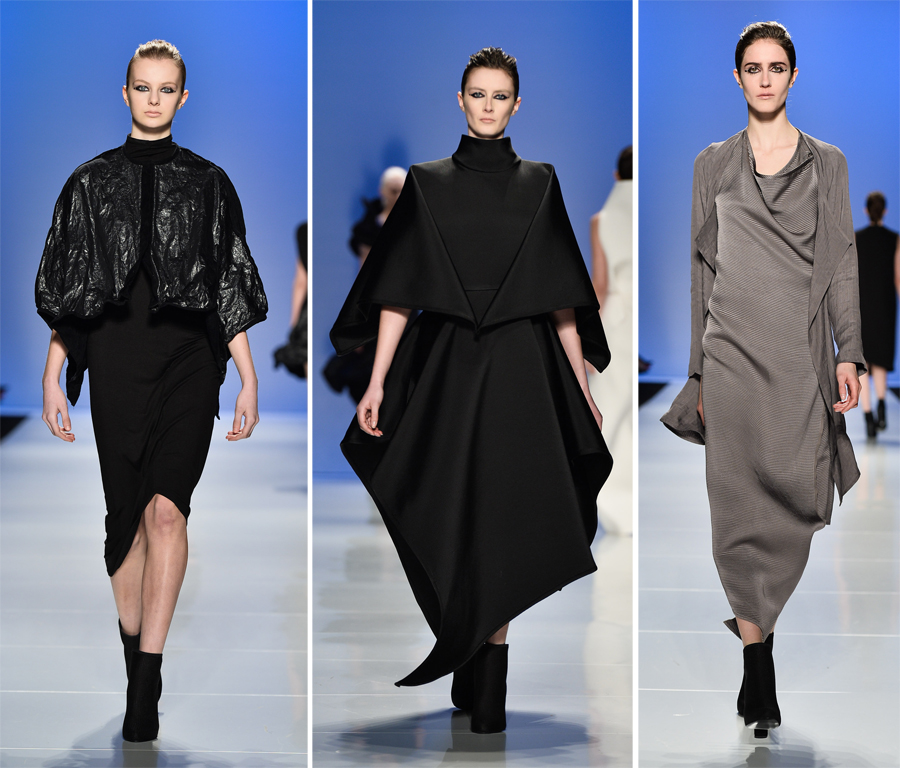 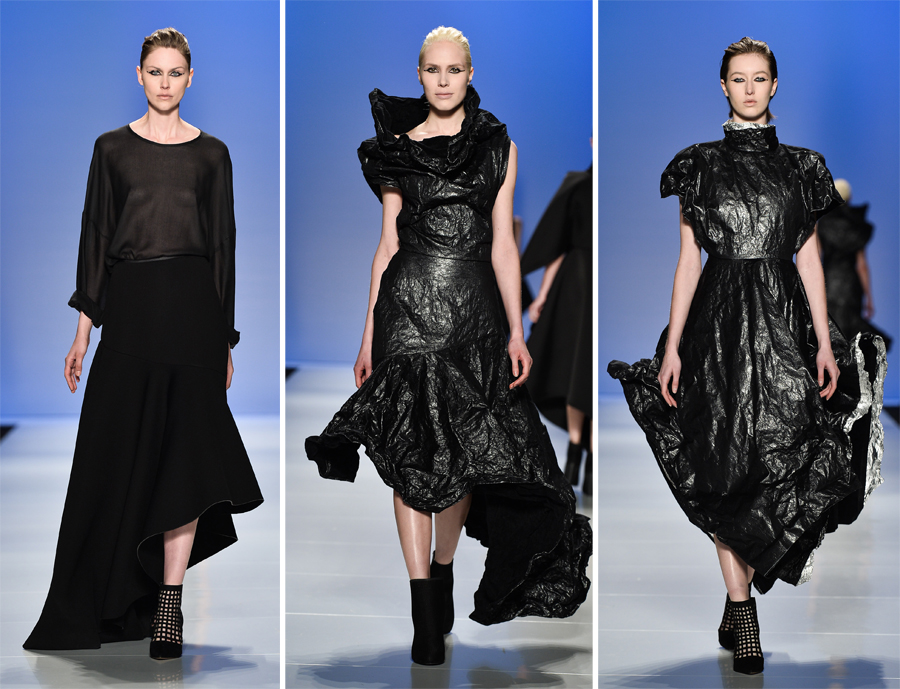 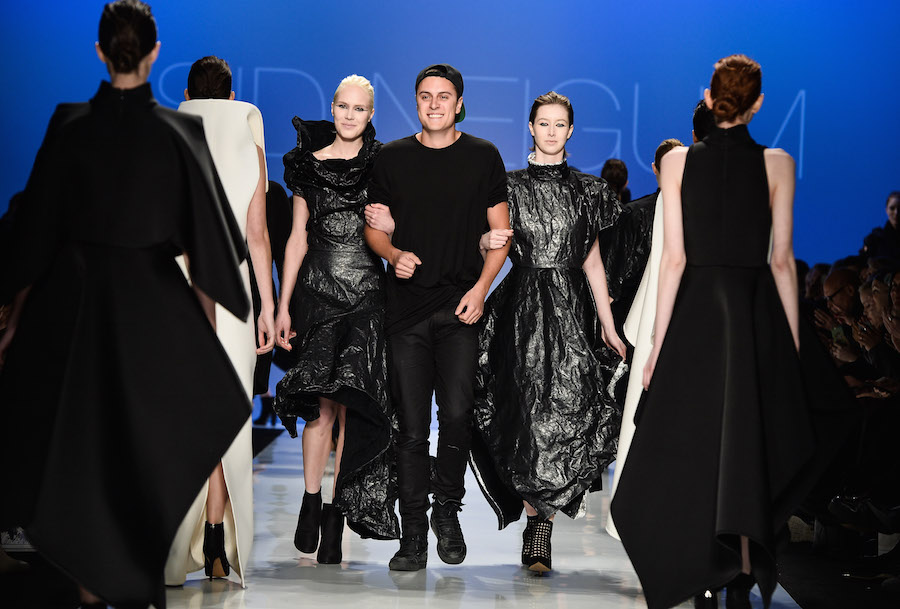