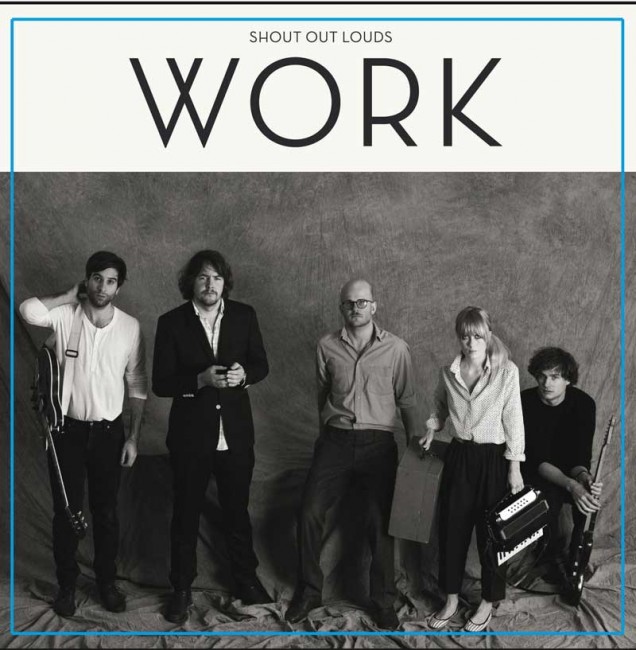 I was languidly cruising through my local independent music store, when I heard playing a wonderful album. The song was familiar in sound but new to my ears. I awkwardly leaned over the counter, bumping into a paying customer and leered at the CD case on display. I asked the very kind and charming young lady what it was that was playing and she gingerly picked up the jewel case and handed it to me.

It was a copy of the Shout Out Louds third album Work set for release on February 23rd via Merge Records. I lingered a while longer listening to, and absorbing the latest offering from the Swedish indie rock band trying to get a cursory feel for the album, I must say I was impressed with what I had heard.  I expressed my jealously for them having the album in advance, and bid my farewells.

If you haven’t yet, you must watch the video for the first single “Walls” which is a good indication of what the remainder of the album will sound like, and check out the tracklisting below.