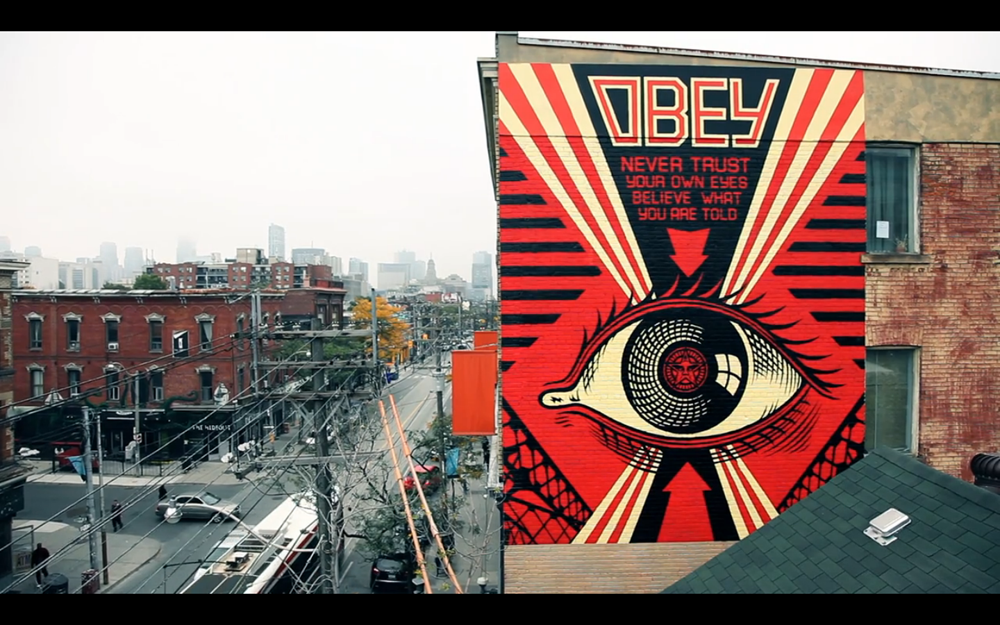 Earlier this month famed graffiti artist Shepard Fairey took over Toronto as part of his OBEY x  Hennessey 2014 mural tour. While in town, Shepard and the crew (Nic Bowers, Rob Zagula, and Dan Flores) put up two massive murals located on Queen street in the busy downtown area. The first mural was painted at music venue Tattoo which also hosted the Hennessey party, while the second mural, the Peace Bomber, was painted on the side of art themed hotel The Gladstone. In between painting the murals, DJing and hosting media, Shepard also managed to find time to do a late night wheatpaste run all over the city. Sounds exciting right? Watch the quick montage of the murals and Shepard’s time in Toronto.

OBEY IN TORONTO from OBEY CLOTHING on Vimeo.