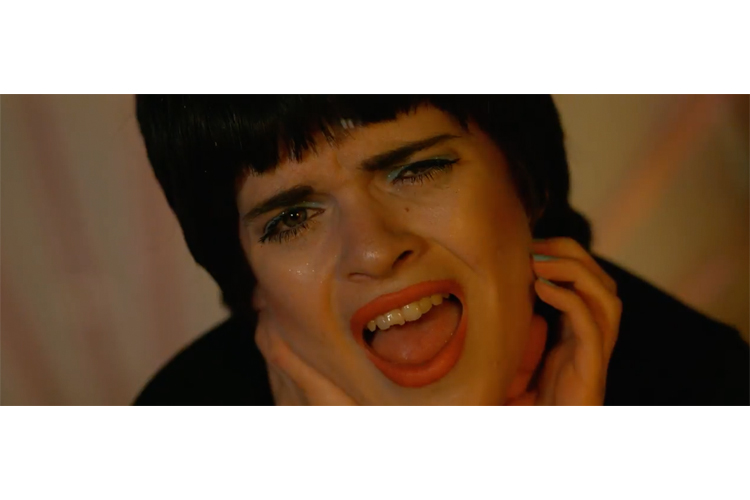 One of our favourite Montréal art-pop duos She-Devils have signed with Secretly Canadian and have a new single for us to enjoy!

The track is titled “The World Laughs,” and the matching video is self-directed by the band. It’s a bright, dramatic and fun piece featuring the band’s own Audrey Ann Boucher as “Master of the Universe” and Kyle Jukka as a “Mere Mortal.”

“‘The World Laughs'” is a song about synchronicity and personal commitment. I’m reaching out to someone who is synching with their inner negativity. I want to help them which is why I want to control them, I want to do it for them. In the video, Kyle plays this person, a Mere Mortal, victim of all waves coming his way — he is drowning one day, exalting the next. I play both the role of the misguided friend and the Master of the Universe, calmly detached but benevolent and patient. It’s very literal but you can also inject your own meaning into it. The truth is the world is yours and you are accountable for it.”

Watch the video for “The World Laughs” above.

Grab the track + She-Devils EP via their bandcamp and catch them live at one of the dates below.