Using a colourway primarily composed of yellow, violet and black, 23-year-old designer SAINT debuts his fashion label SEXFORSAINTS with a streetwear collection inspired by the plight of many creative entrepreneurs.

“Anti-Hero” turns heads with an assortment of hoodies, T-shirts, pants, vegan leather gloves and a swanky varsity jacket. The pieces are vibrant and evocative; words like “Anxiety” stitched into one sweatshirt and “Lovely/Lonely” on another. He describes this concept as a form of “wearing your heart on your sleeve.” 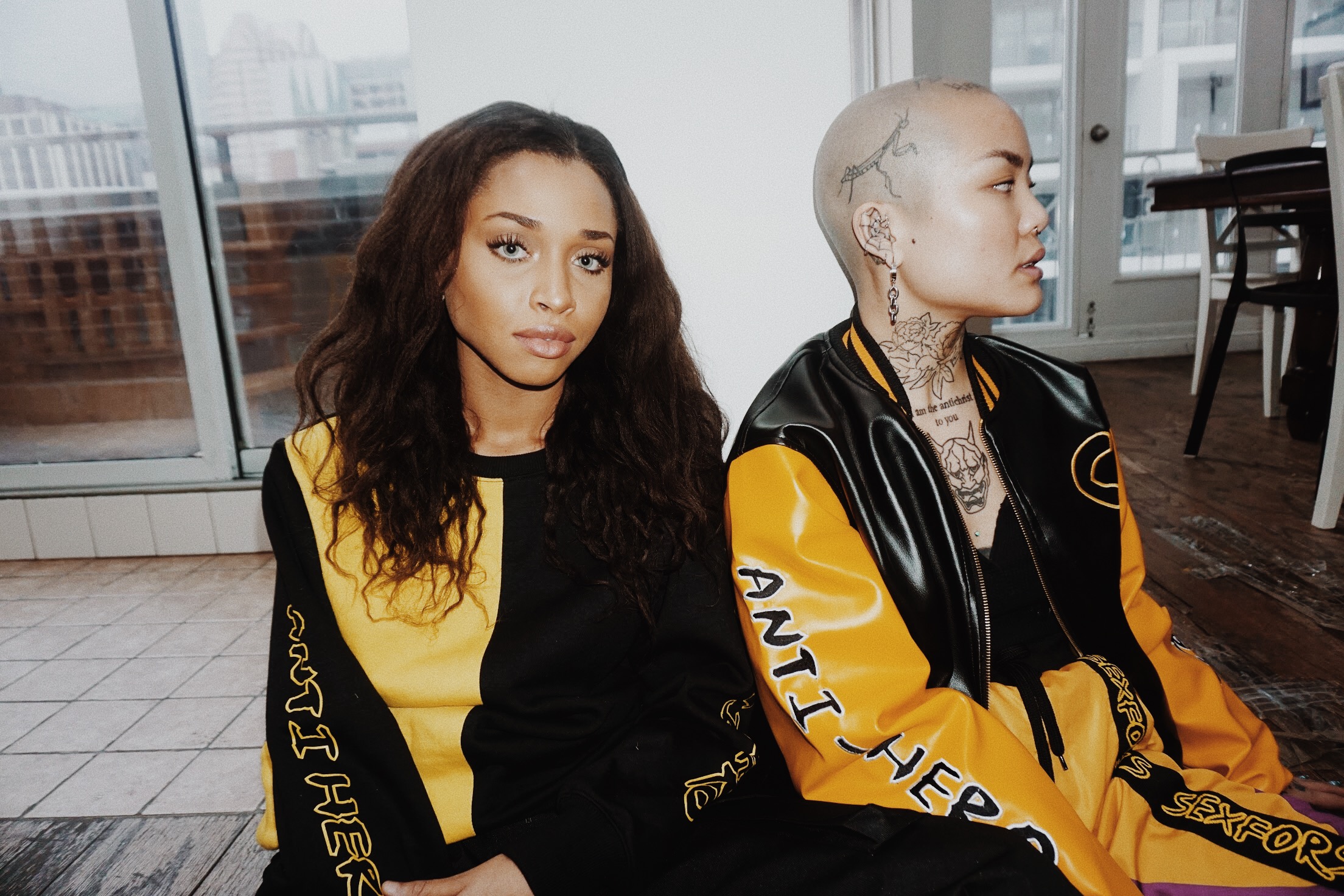 SVAINT utilizes his designs to connect with audiences who are dealing with struggles or refuse to give in to societal constraints that may in tern experience larger barriers while working toward their career goals than others.

“I’m speaking to artists and people who are trying to be on their come up shit and trying to figure out who they are because I’ve been through that,” says SAINT.

The label’s the name itself, SEXFORSAINTS, often stirs controversial ideas on romance, promiscuity, religion and how these themes relate to fashion, but SAINT says it’s really not that deep. Starting out as a name for a collective formed by him and a friend it eventually grew into something more meaningful. 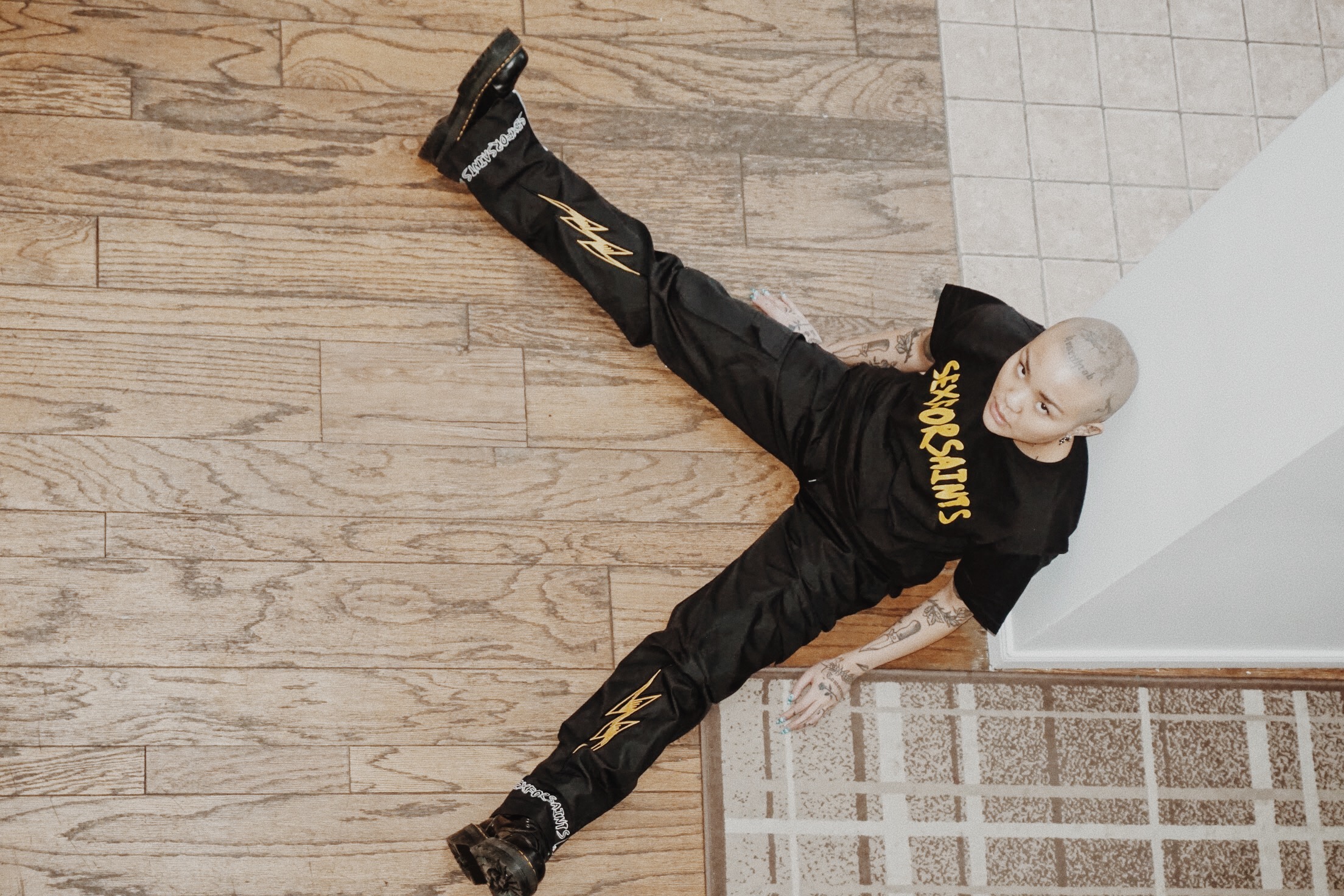 “It became an oxymoron; putting two things together that don’t necessarily fit to represent a lot of people in the city.”

The “anti-heroes” with messages and notions that tend to be quieted by mainstream trends like perfectionism on social media platforms, for example, when many are dealing with inner conflicts like anxiety, depression and trying to pay rent. The collection is designed to make anyone feel like a rockstar despite the battles of the day before them.

On the SEXFORSAINTS website, SAINT opened up a channel called “Speak Your Mind” where he invites individuals to talk about their hardships, triumphs or even just to word vomit anonymously and be themselves as apart of the SEXFORSAINTS community.

Check out more from SEXFORSAINTS here.

𝙎𝙀𝙓𝙁𝙊𝙍𝙎𝘼𝙄𝙉𝙏𝙎 ̷® gives permission to Sidewalk Hustle to use these photos.