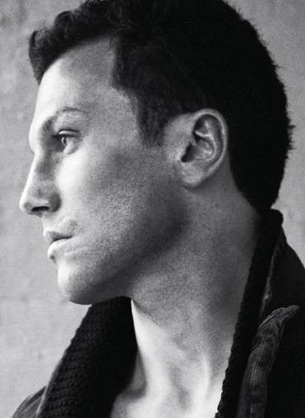 If you’ve ever had the pleasure of visiting Sean Avery’s bar, Warren 77 in Tribeca, you know right away that he isn’t just Hockey’s Hottest Hooligan. In fact, we think he’s too often pigeon-holed into that rather obvious stereotype, and have come to know him as an aesthetic, notoriously well dressed and astute business man, with specific taste in fashion, music, and models.

He’s been featured in the radest issue of VMAN yet, #21 with Kanye West pictured by Karl Lagerfeld on the cover, in good company alongside a few other modern day bad boys Balthazar Getty, Georges St-Pierre, and Kyle Martino. Shot by Dan Martensen and styled by James Valeri for the Thrill Of The Game issue, the feature talks generally about Avery’s major happenings, neglecting to mention his latest venture, another soon-to-be Tribeca hot spot called Tiny’s. 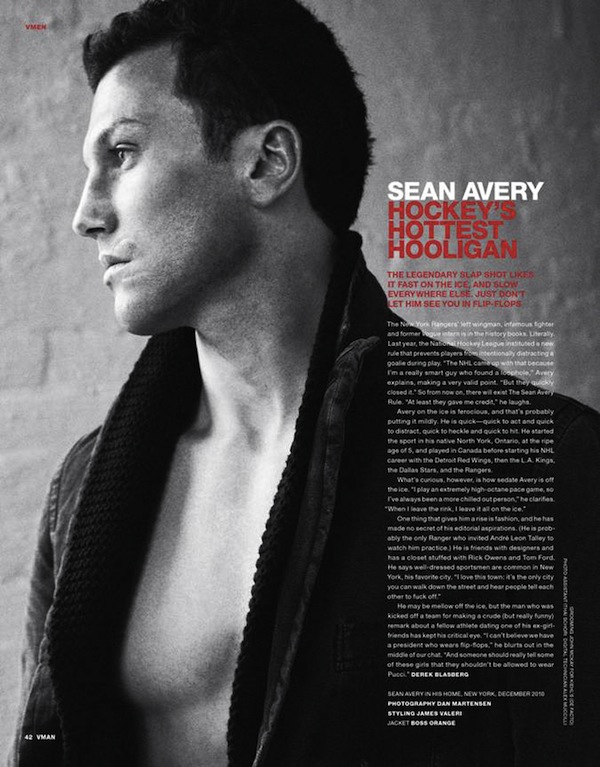