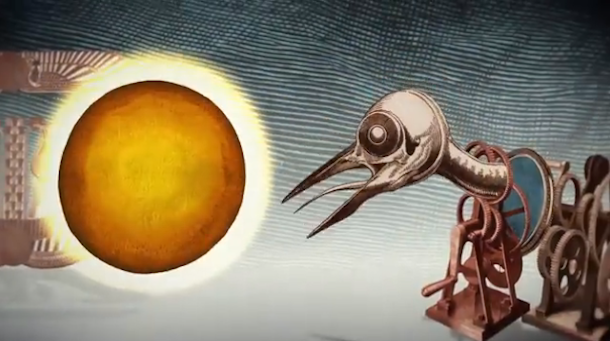 Toronto psych band Fresh Snow has released a pretty rad new video for “Blood In The Sun” presented by Scion Sessions and AUX. Not only are we mesmerized by this intense instrumental track, but the expertly animated video to go along with it, warns and reminds us of the powers of the sun.

The clip was designed by Hector Herrera and illustrated by Nick Sewell who has worked with Death From Above 1979, and features everything from animation, to mixed media and even video game inspired visuals.

Oh, and one last thing before we leave you to watch the video. You should probably know, that Fresh Snow hates eardrums, so turn your volume all the way up and watch the video below.