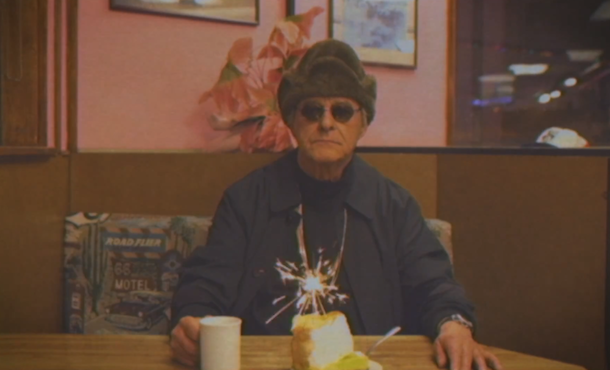 Next up in the Scion Sessions Get To Know series is Calgary beatmaker Dominic Pierce and his wacky video for “Vertical Free” which captures a day in the life of an old, toothless dude dressed in a number of different hats and mismatched shoes dancing around town.

In collaboration with Sled Island, Western Canada’s largest independent music and arts festival, the video starts off capturing this man at home, shirtless, eating a bowl of cereal in front of some kind of candle lit alter, until he eventually gets dressed. But before heading out onto the streets of Calgary, he feels rather indecisive about which pair of shoes to wear, and decides to take the best of both worlds with one from each pair.

The track is the perfect lo-fi fit to the video, and if you’re a fan of Toro Y Moi, you’re definitely going to love Dominic Pierce.

Watch the video for “Vertical Free” below now.