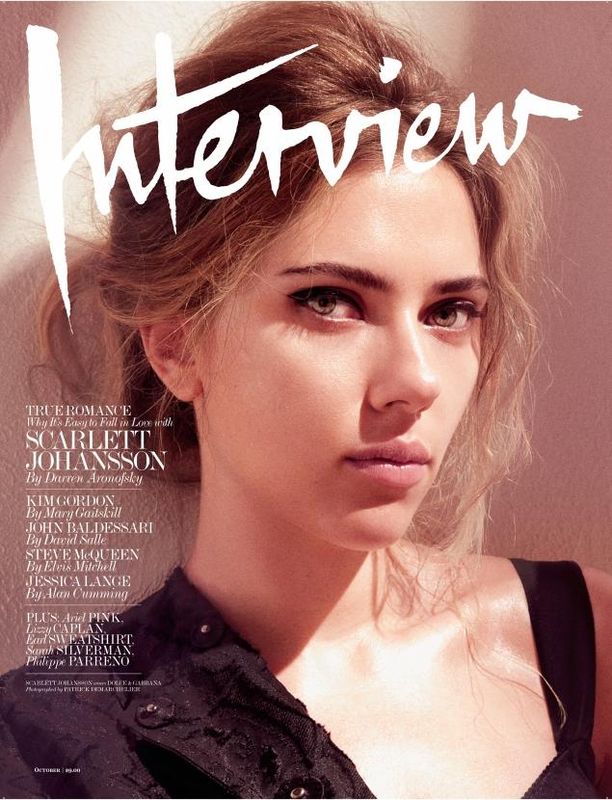 Don Jon star Scarlett Johansson looks sultry and sweaty on the cover of Interview Magazine, which we’re told is not unlike many scenes in her upcoming performance in the film. Captured at just the right moment, Johannsson is photographed by Patrick Demarchelier for the American edition of the October 2013 issue.