Scarlett Johanssen and Matthew McConaughey For Dolce & Gabbana ‘The One’ 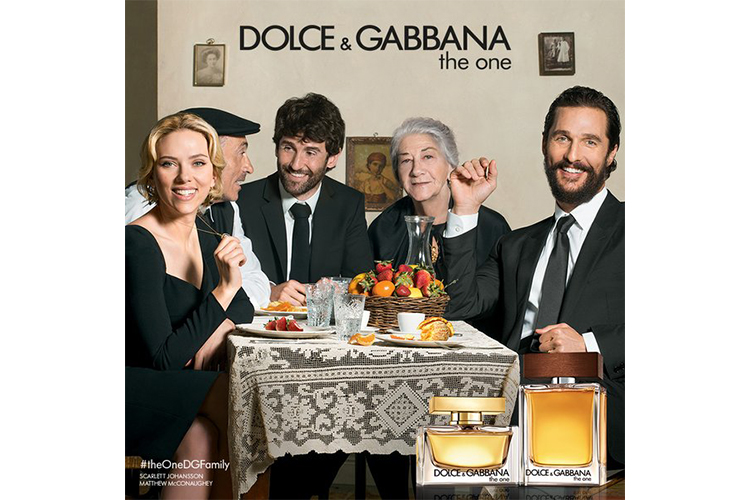 Dolce & Gabbana unveiled a new campaign starring Scarlett Johanssen and Matthew McConaughey for their “The One” fragrance. Both A-listers have been featured individually for the brand but are rarely brought together.

Go on set of the new The One advertising campaign with Hollywood beauty Scarlett Johansson. #theOneDGFamilypic.twitter.com/U3xdIiuGRm

The new campaign features Johanssen and McConaughey as part of a large, Italian family sitting around the table. The even cast a traditional grandmother or nonna and surrounded them with bambini.

Watch the behind the scenes clip below for a look at how the campaign was shot.