Music Video: SBTRKT featuring Sampha ‘Trials Of The Past’ (Live at Abbey Road) 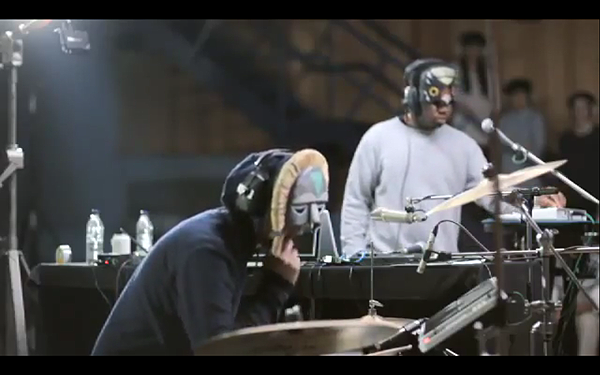 UK DJ/producer SBTRKT recently appeared with vocal collaborator Sampha for a live performance on the brand-new Abbey Road Debuts program.  The video features the masked beatmaker rocking out on drums while Sampha belts out the soulful refrains of a “Trials of the Past.” The track comes fresh off of the self-titled SBTRKT LP which dropped last week via Young Turks.

For those of you in Toronto, SBTRKT will be appearing at Wrongbar this Friday, July 8th. Who knows maybe Drake will even show up to drop a verse for “Wildfire,” you never know.