Savages “I Am Here” Music Video 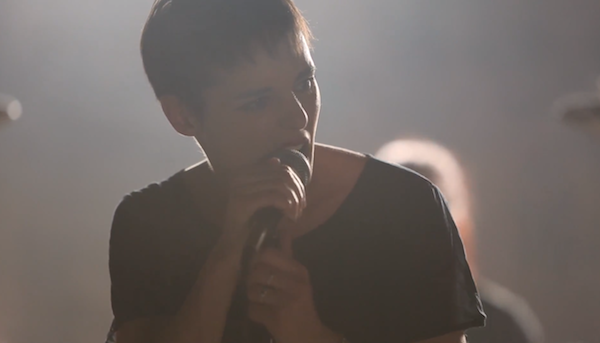 We had the pleasure of seeing Savages back at Pitchfork Music Festival in Chicago where they played this Alvin Lucier inspired track “I Am Here” off their debut album Silence Yourself. Lucier is of course a little known composer who recorded himself in reading a text called “I Am Sitting in a Room” then recorded it and overlapped the exact same scenario over and over until you could no longer make out the words at all.

Watch the Joshua Zucker-Pluda-directed video below and check out Savages statement on the track and video via Pitchfork:

“It was very much an experiment. This process had never been tried with a song before so we had no idea what to expect. We divided the process in two days: one for recording the band, one for recording the room the next day. Gemma Thompson and Johnny Hostile (who co-produced the Savages first album) sat in the basement all afternoon while the song was being played and recorded in the room 10 times in total, witnessing the slow disintegration of the song until it became really abstract, each instruments merging into the cacophony of this new orchestral autonomous ensemble.”

They’ll be landing next week on Thursday at Toronto’s Opera House, and if you haven’t yet had the chance to check them out live, this is your chance to do so at one of the dates below.