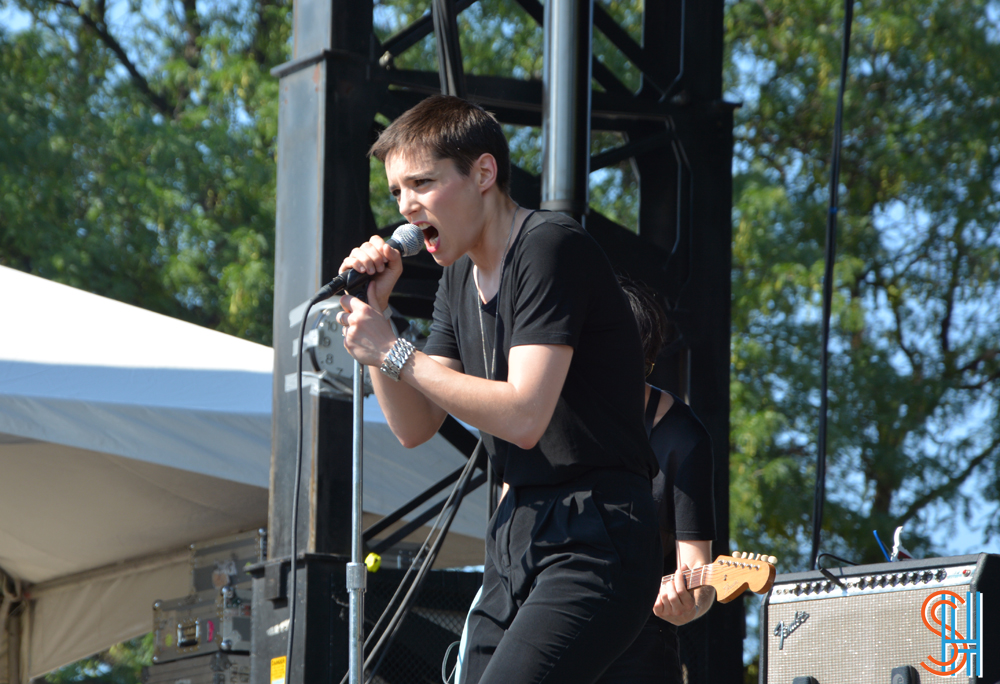 Sky rocketing all women British post-punk band Savages took to the Pitchfork Main Stage on day two of the festival, right when the sun had reached its hottest. Dressed all in black in the 35 degree Celsius heat, the band was nonplussed as the took to the stage to blast out fantastic hit after hit from their just released Silence Yourself debut studio album. The gathered crowd, well on par size-wise with Bjork the night before sweated it out, literally, dancing along in that moody post-punk shuffle, with the occasional “Gemma I love you” screamed from more than one of the gathered girls.

Considering Pitchfork broke the new band half a year ago, and their subsequent meteoric rise to musical fame, it’s no surprise that Savages had such a prominent spot in the line up. Oh, and in case this wasn’t clear, they are really good. Finely honed punk/rock that the scene desperately needs. 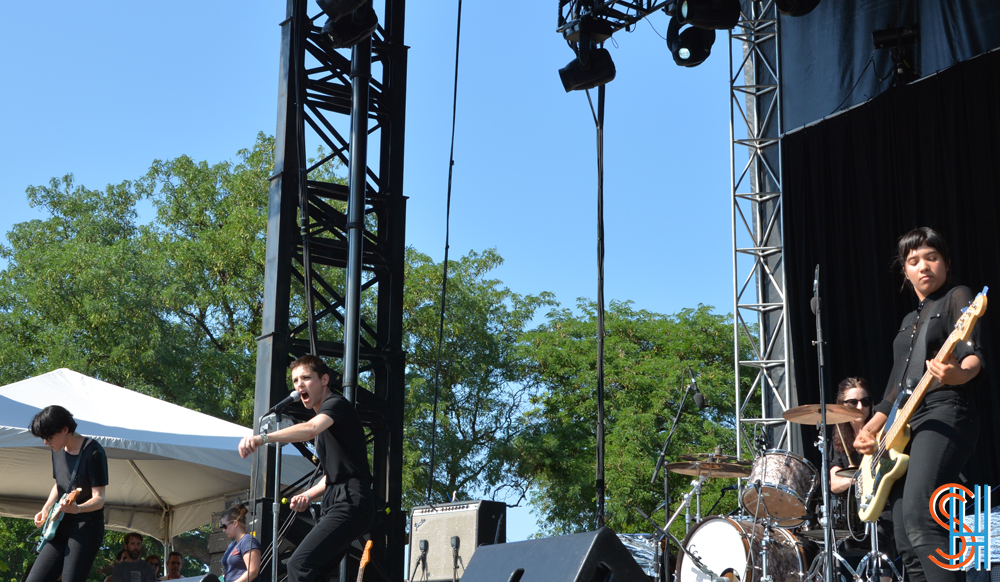 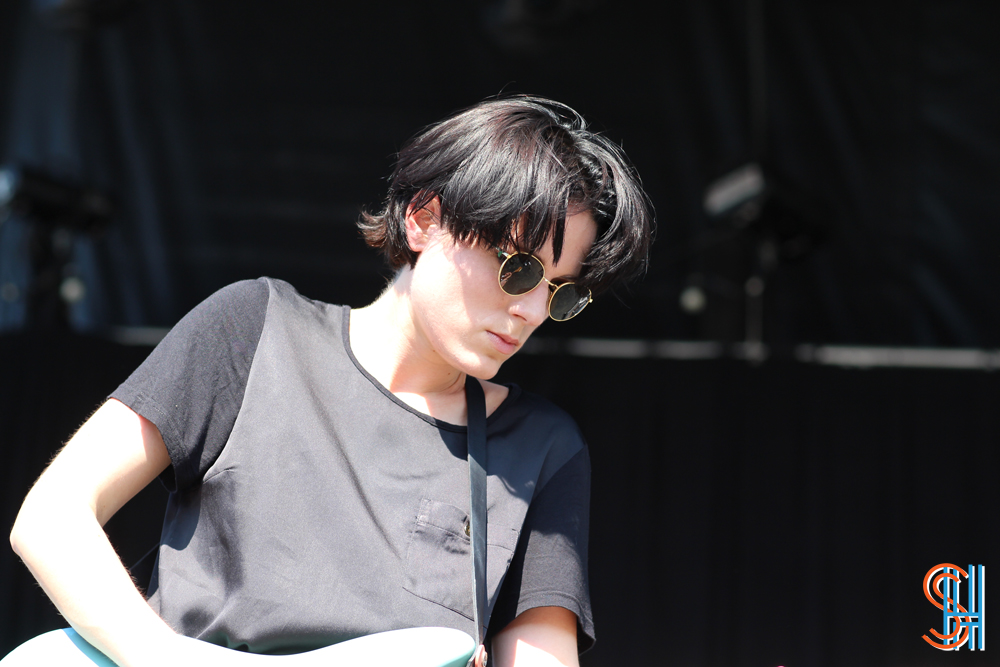 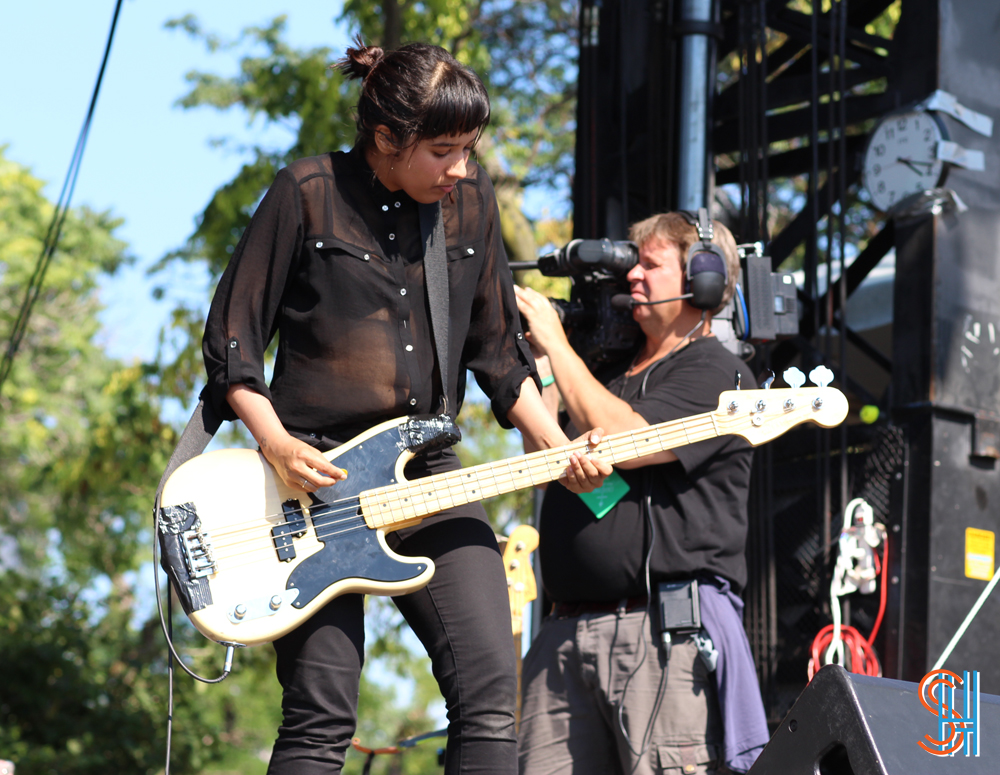 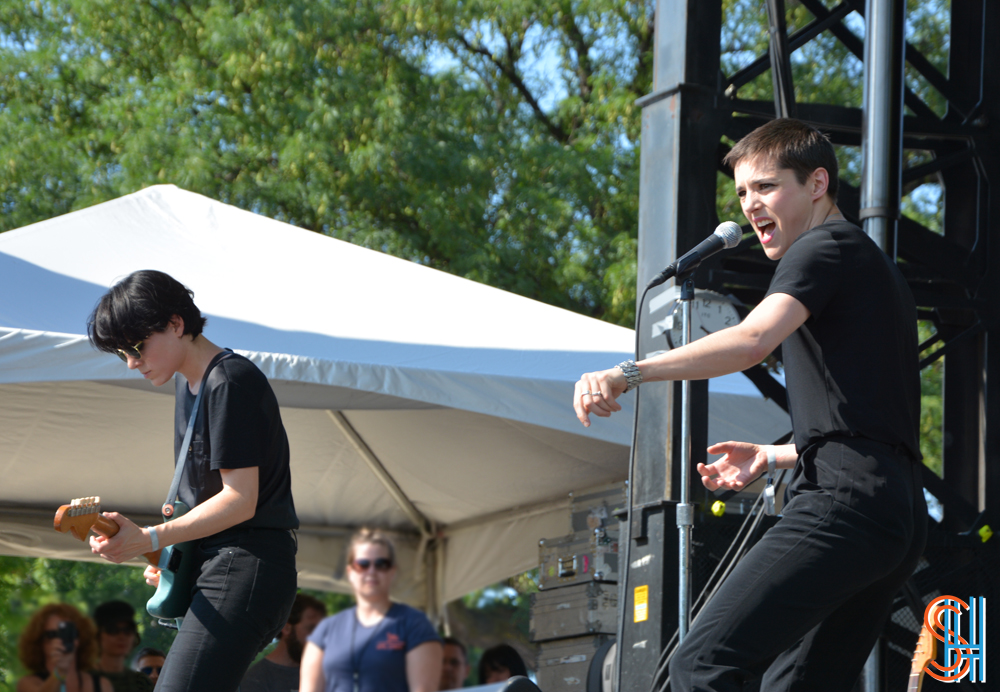 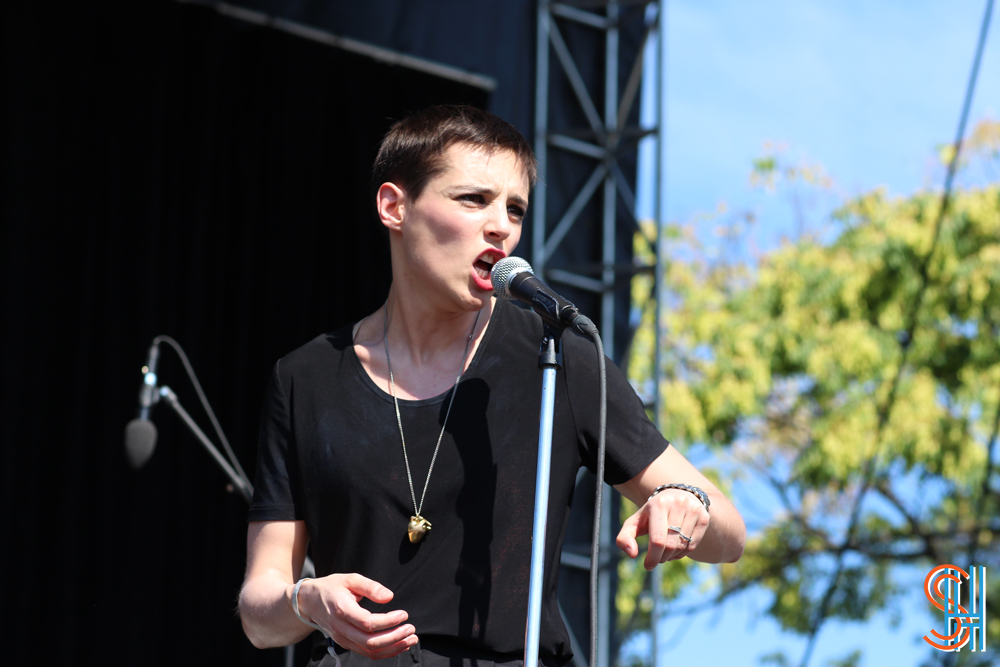