Next months Vogue has some amazing editorials that continue to highlight 2009’s defining moments. This shoot takes a more positive approach than much of the discouraging current news reports, by combining the music and fashion industry’s heavy hitting brands and bands of 2009. Sasha Pivovarova stars in this shoot lensed by Steven Meisel modeling such defining brands as Lanvin, Balenciaga, Louis Vuitton, Balmain, Burberry, Gucci, Bottega Veneta, and céline alongside indie rockers MGMT, Golden Silvers, Vampire Weekend, Chester French, and The Horrors.

As for influential designers of 2009, I think the stylist Grace Coddington is completely on point (okay, I might have added Rodarte), but as for musical trends, I think they could have made much better choices (perhaps Dirty Projectors, Phoenix, Grizzly Bear, and The XX, to name a mere few). 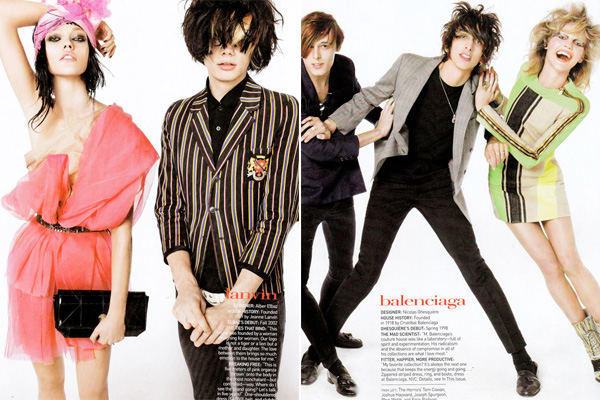 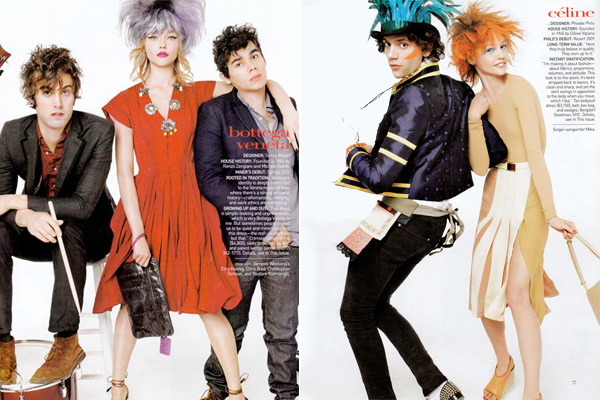 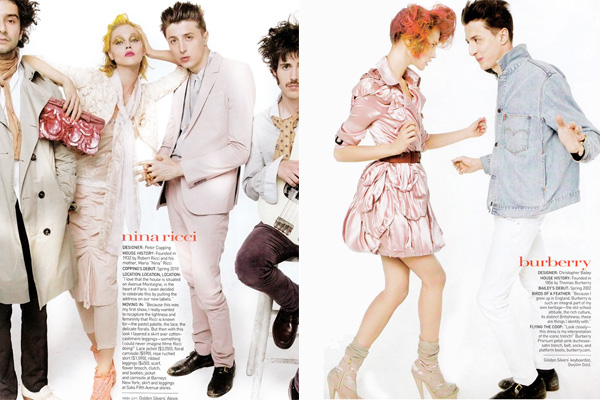 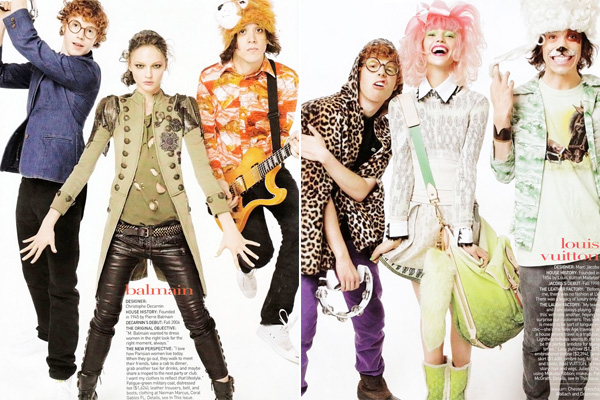 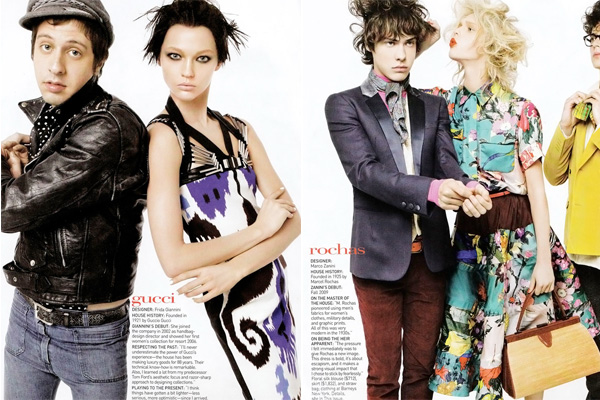