SappyFest 9: Dusted, PS I Love You, Ought, Cousins & The Constantines 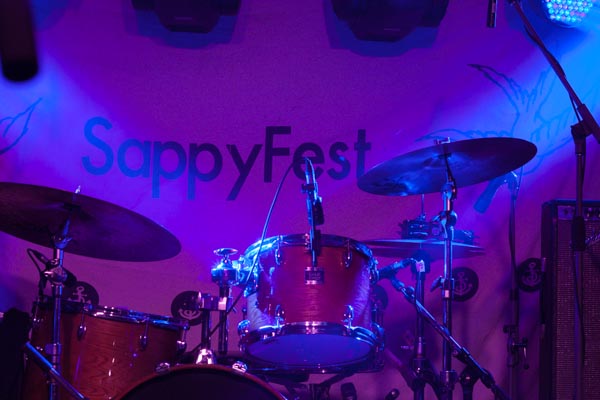 It’s fitting that the theme for SappyFest 9 was “Bring It on Home”.  After 8 years it was announced that the fest was in limbo financially. The community rallied by supporting their fundraising efforts in the form of a SappyFest coffee table book and Sappy rode on.

The 9th year of the festival saw a return to its smaller grassroots with old favourites and new friends returning to celebrate Swamp Magic. It’s hard to elegantly capture the magic that is SappyFest unless you actually attend the event. This year being my triumphant second bout the familiarity of the artists on the bill and the reunion of The Constantines meant I knew the lay of the land and planned accordingly.

People milled about on the first night of the festival drinking at Picaroon’s Secret Show. Friday’s lineup started with The Kids Corner Power Jam, which consisted of local kids playing songs they had worked hard to learn all week. It continued on with Halifax’s The Grubbies bringing their power pop tunes to the main tent. The main stage got extra heavy as Dusted and PS I Love You closed out the night.

On the second day of the Fest, El Ron Maltan got the party started with a fun and sloppy set with a side of on-stage head shaving. After the shenanigans, it was onto the lovely and intimate Vogue Theatre for Nick Ferrio, EONS and Bry Webb.

Ferrio, also of The Burning Hell’s soft tunes, wafted through the audience as the cool Atlantic breeze wafted through the theatre and Bry Webb played one of the most beautiful stripped down sets I have ever seen him play. The Constantines frontman has been touring extensively in support of his incredible second solo album “Free Will”. Joined only by lap steel guitar player Rich Burnett, I’m pretty sure the audience had no idea how special his set was.

The previously mentioned magic continued into the main stage as a full-on dance party broke out for COOL, Julie Doiron, Ought and Cousins. Nothing’s better than being surrounded by good friends yelling the lyrics to Ought’s catchy tunes. It’s been a long time since I’ve discovered a band I was this excited about.

The third and final day of the fest felt like a bit of a blur, as I anxiously awaited seeing The Constantines play. Another  trip to The Vogue Theatre to watch The Weather Station, Baby Eagle (Constantines’ Steve Lambke) and Spencer Burton was the perfect afternoon breather. I found myself drifting in and out of consciousness as three of my favourite artists, all SappyFest veterans, told stories and played beautiful music. 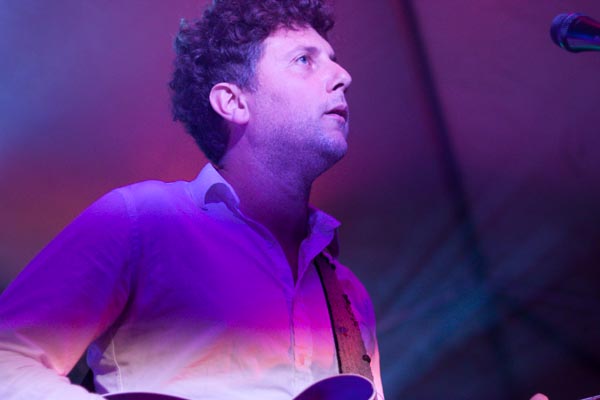 The SappyFest stop was the third of a string of reunion shows for The Constantines. I’m fortunate to have been at the first two shows in Ontario and this was the primary reason for my 15+ hour drive down from Toronto. From the second they got on stage to the moment when Webb brought his mother to sing her line “Turn It Up” from Nighttime/Anytime. To being crushed against the stage by 500 people who were there for the exact same reason as myself. To the fact that it was mosh or crowdsurf out of my prime front row spot, I couldn’t have asked for a better set; I walked out of the tent covered in mine and everyone else’s sweat bruised and smiling from ear to ear. I know it has been said a lot about The Constantines, but time truly was overcome.

Can’t wait to see what’s in store for SappyFest 10 and to return for my annual mission to swamp magic.