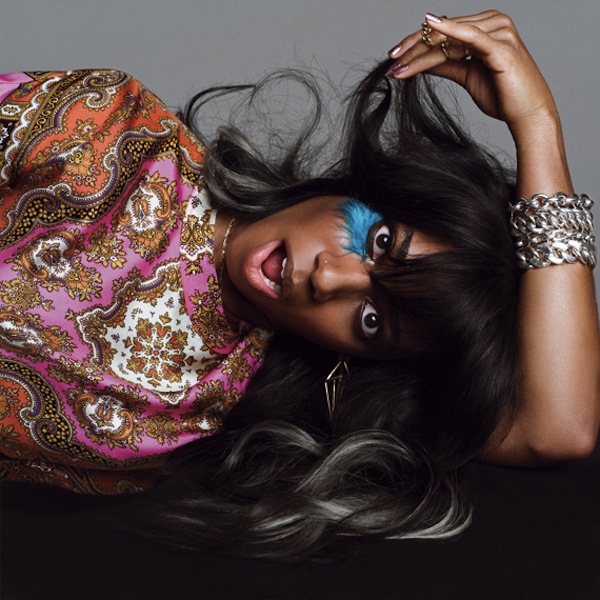 You heard Santigold’s latest track “Go” featuring Yeah Yeah Yeah’s singer Karen O back in April of last year and she’s been working on a follow-up to her self-titled debut album from 2008, and it finally has a name: Master of My Make Believe.

The above photo, shot by Inez & Vinoodh, compliments an interview from this month’s music issue of V Magazine with Justin Bieber on the cover, in which she credits Nick Zinner, Greg Kurstin, Major Lazer’s Switch, and Dave Sitek, who worked with her on the forthcoming album, and reveals another track called “The Keepers”.