Samsung is Killing the Galaxy Note, but Do Folding Phones Have What It Takes to Win the Market?

Mobile phones have been essential to everyday life for two decades now. There has been a push and pull between what the technology can do and what consumers demand. As a result of this, trends have developed, ran their course, been replaced, and then returned. This is a common cycle to many industries. In recent times, consumers have wondered what direction smartphones could take next. Is it just a case of waiting for augmented reality headsets to truly advance personal computing? Samsung has decided to commit to folding phones: a repurposed trend from decades gone. 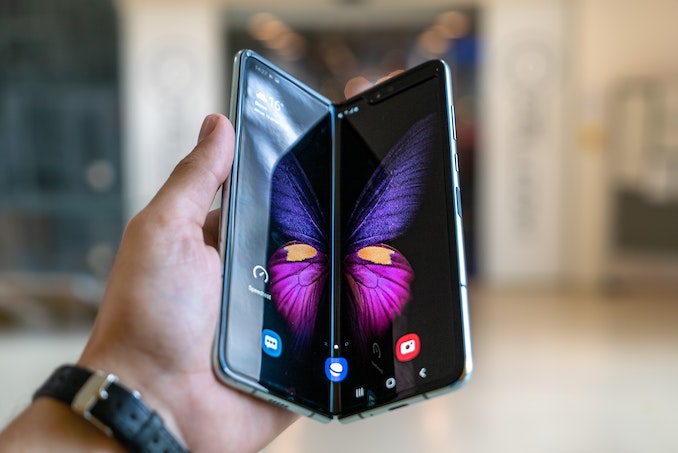 In the late 90s and the 00s, mobile phones were phones, that was all. Their essential function was to make and answer calls, and send text messages. While there was limited functionality of cameras, internet, and games – Snake! – this technology wasn’t as integral, at this stage, to daily life. What was required of the phone was simple. Therefore, the internal hardware took up less space and the phones could be smaller. Flip phones enabled those phones to be even smaller, and, therefore, more mobile and more convenient. Phones had to grow as they began to be able do more and perform more tasks. Flip phones did become bigger – especially Sony’s Walkman model and the Motorola ones. Eventually, though they became relatively obsolete and fell off the market.

Folding phones take the idea of a flip phone and repurpose them for today’s market. They allow consumers to use the small, unflipped screen to do either simple tasks (texting, etc.) or more complex ones (internet browsing). However, they can be opened up and turned into a double-screened tablet.

There is a tug of war between what technology can do and what the consumers want. Who influences the market more will always be supported by anecdotal evidence which proves nothing more than whatever happened in that instance. It isn’t always a case of understanding the ‘most powerful force’, so to speak. Sometimes, it’s a simple case of understanding one and the other and their cases of mutual support and antagonisms.

Demands will vary or be similar between nations. For instance, the appeal of a big collection of online slots recently presented in Canada may also appeal to gamers in the UK. However, a range of sneakers produced in Japan might not generate as much hype in South Africa. Within this, there will be differences between demographics of age, gender and sexual identity, and religious affiliation too. It is complicated. Because of this, businesses will alter their products or services to meet the market. However, the consumers can only want what there is available.

Who Will Folding Phones Appeal to?

The big question is who will want a folding phone. Their technology is one that seems both revolutionary and negligent. It could be one of those things that once a consumer uses it, they understand it and desire its benefits, but it might not appeal to them enough to try it out in the first place. It is still a developing technology. There are problems with the screens, hinges, and the multi-to-single screen functionality.

Will they seek to merge tablets and smartphones into one? Is there much of a market for this, as one of big benefits of having a phone and a tablet is that they are separate? Will they be entertainment systems as their bigger screens will allow people to watch films on them? With the constant development of apps, content, and audio accessories like Apple Airpods Max then smartphones will continue to be entertainment hubs. Does the folding phone add anything to this? Media and content will constantly adapt, and one adaptation could be the rise of vertically oriented TV shows and films, much like how TikTok and smartphone recorded videos have dominated the landscape. The folding phone becomes less relevant if this does happen.

The folding phone has niches. It could replace the tablet, for instance. But is it as adaptable to potential changes which come in the future? Time will tell.