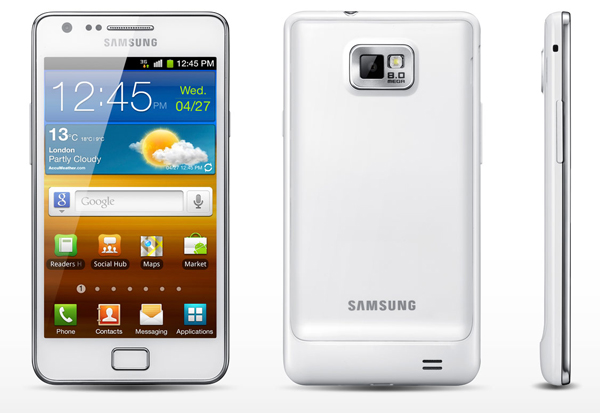 Samsung’s new “Next Big Thing” is their stylish Galaxy S II Android phone.  As an Apple fan boy it is hard for me to except anything that doesn’t have that shinny little Apple logo on the back. However, as I’ve stated before, if my digital life wasn’t so dependant on Apple products I would totally get a Samsung smartphone. The screen is bigger, the camera is better, the memory is upgradable, the list goes on. In fact, here’s exactly what I’m talking about. The Galaxy S II comes in at 4.3 inches, with Super AMOLED Plus technology, touchscreen, 8 megapixel camera. The phone weighs just 116 grams, with a 1.2 GHz dual-core processor that makes it super powerful and speedy. It’s packed with a 16GB of internal memory, which can be doubled if you add your own memory card.

Watch the video below, it’s pretty hilarious, and as an Apple Fan boy I do have to say it hits the mark pretty accurately. Check it out!