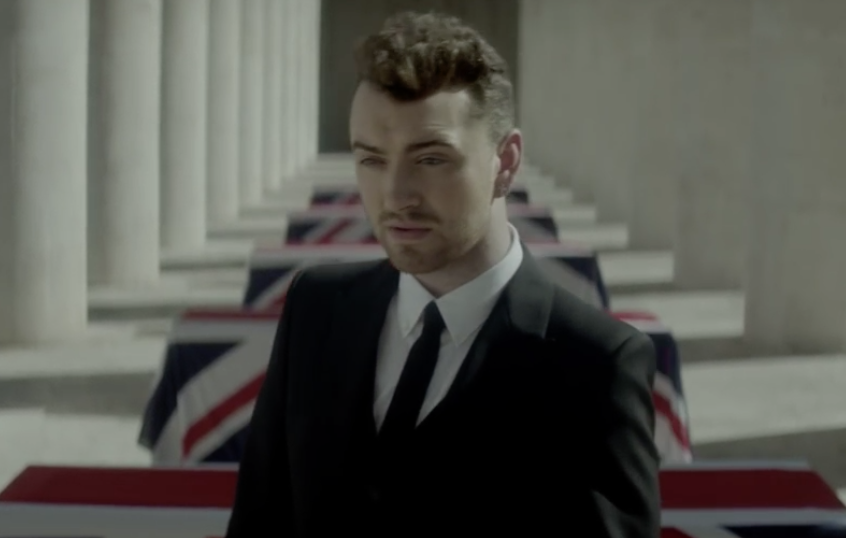 Sam Smith has unveiled the music video for the 24th James Bond film Spectre’s theme song, “Writing’s On the Wall.” Shot on location in Rome, the video features the British crooner singing in and amongst columns with Union Jack-draped coffins on the ground behind him. The video also features new footage from the film.