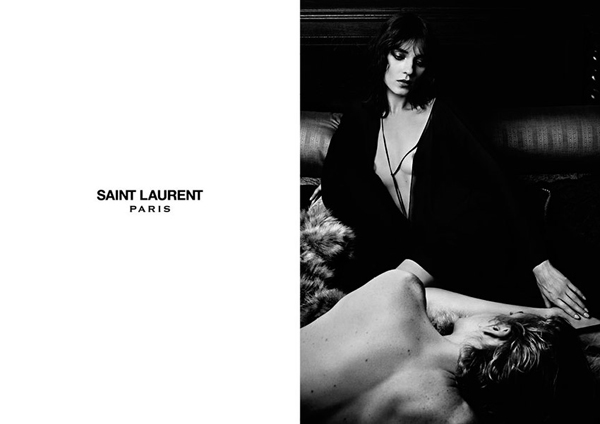 Hedi Slimane has released the fourth image from the fifteen image series for the Saint Laurent Paris’ first ad campaign. The campaign features Kati Nescher and musician Christopher Owens in various states of dress and in various contorted postions. So far so good. If you haven’t seen them, take a look at the first, second, and third image to get an idea of what Hedi Slimane is going for with the new brand identity.