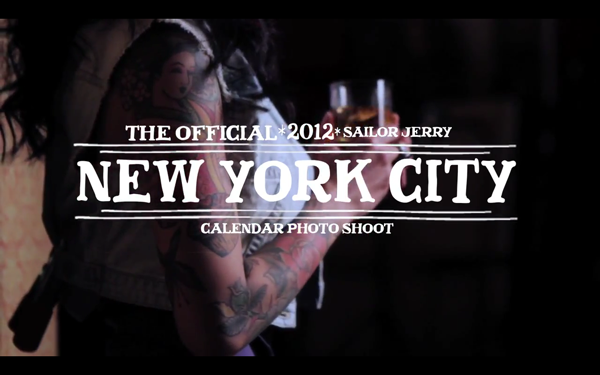 Rum maker Sailor Jerry and Inked Magazine have debut this nice little video from their Calendar Girls series. The tattoo theme aims to capture the essence of Norman “Sailor Jerry” Collins through several model shoots, all of which culminate in the release of the 2012 Sailor Jerry x Inked Magazine Calendar. The video features Vee and Alyse, two of the 2012 calendar girls, and gives us a glimpse of the months ahead.