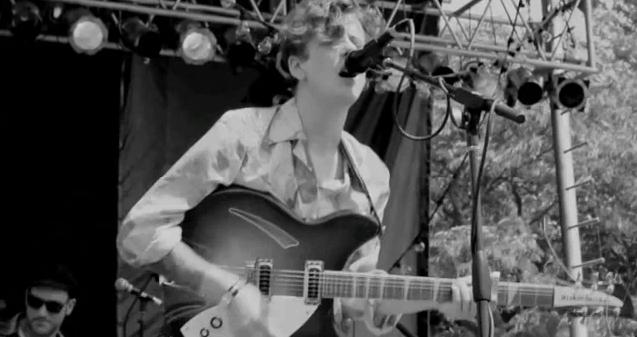 It’s been quite the film heavy time of year forÂ Sidewalk HustleÂ what with TIFF and all its festivities, and now this film by noted photographer Ryan McGinley has circulated.

Shot during the Pitchfork Music FestivalÂ last summer (yes, summer has finally come to a close), the video is called Friends Forever and follows band buddies The Smith Westerns and GirlsÂ through their sets in Chicago. Though many bands played during the festival, McGinley chose to shoot his two favourite bandsÂ for thisÂ film.

Presented by Nowness,Â McGinley uses reoccuring images of entranced fans mouthing the words coupled with lots of behind the scenes fotage of the festival,Â all shot through beautiful filters.

Take a few moments and watch this lovely little film.