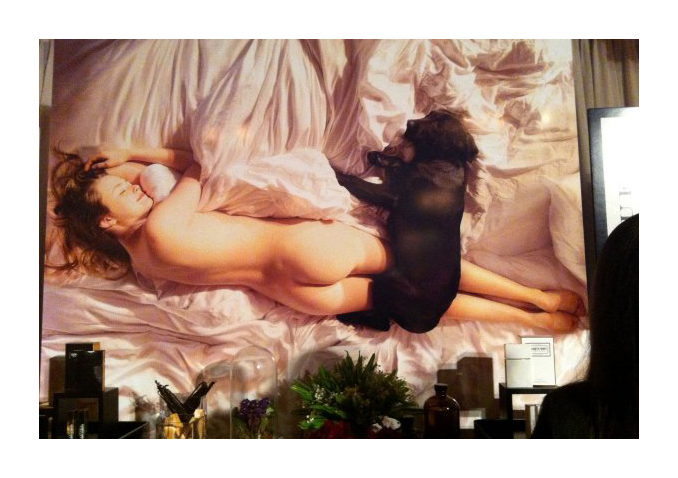 After sneaking a look at the bottom (no pun intended) of the Elizabeth & James campaign for their new Nirvana fragrance, one of the full campaign images has surfaced online featuring a naked girl and her dog lying across her.

It’s shot by Ryan McGinley, which explains the style of the photo (and the nudity as well), and perfectly compliments the glamorous fragrance notes of sensual musky floral hyacinth and lily of the valley. We’re sure a more official campaign will surface before the fragrance officially drops in January, but we love when art and fashion crosses over, so we thought we’d share this with you.