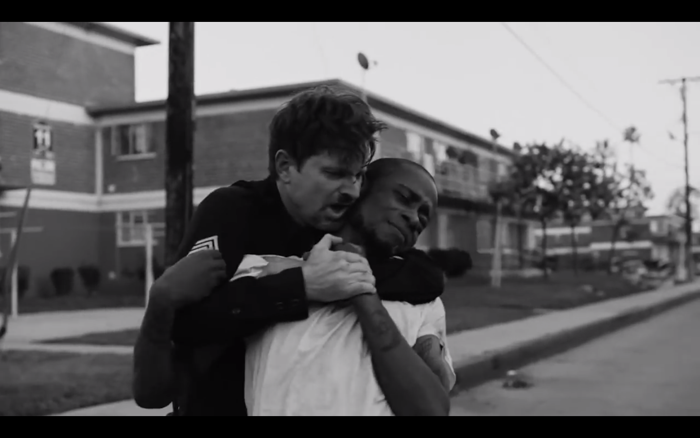 Rap duo Killer Mike and El-P, aka Run the Jewels, have released the visual for their single “Close Your Eyes (And Count to Fuck)” featuring Rage Against the Machine’s Zack De La Rocha. The incredibly powerful black-and-white video was directed by A.G. Rojas, and features a non-stop battle between two men: a white cop and an unarmed black man. The cop is played by Shea Whigham and the kid by Keith Stanfield. Stanfield who will be playing the role of Snoop Dogg in the upcoming N.W.A. biopic Straight Outta Compton and who recently portrayed civil rights activist Jimmie Lee Jackson in Selma, plays his role flawlessly and powerfully. It is an incredible powerful video. Watch it below.