Rolling Loud is coming to Toronto

The world’s most prominent hip-hop music festival, Rolling Loud, is making its way up north to Toronto.  The Miami-born festival touches down in Toronto’s Ontario Place on September 9th-11th, 2022. Featuring a mighty roster of talent from both Canada and internationally, with Future, WizKid, and Dave set to headline.

In addition to the headliners, Rolling Loud has curated its most diverse and wide-ranging North American lineup to date. With Rolling Loud regulars like Lil Uzi Vert, Migos, Roddy Ricch, Trippie Redd, Lil Yachty, and A Boogie Wit Da Hoodie, the festival will also feature Canadian stars like NAV, Belly, and Pressa, AND some of the best of the best from the UK including Skepta, Central Cee, and AJ Tracey. But it’s not all established talent; in true Rolling Loud tradition, the festival will feature a solid list of hottest rising names in rap, like Lil Tecca, BIA, Ski Mask The Slump God, and many more.

Check out the full festival lineup below and grab your tickets as early as Friday, April 29th, here. 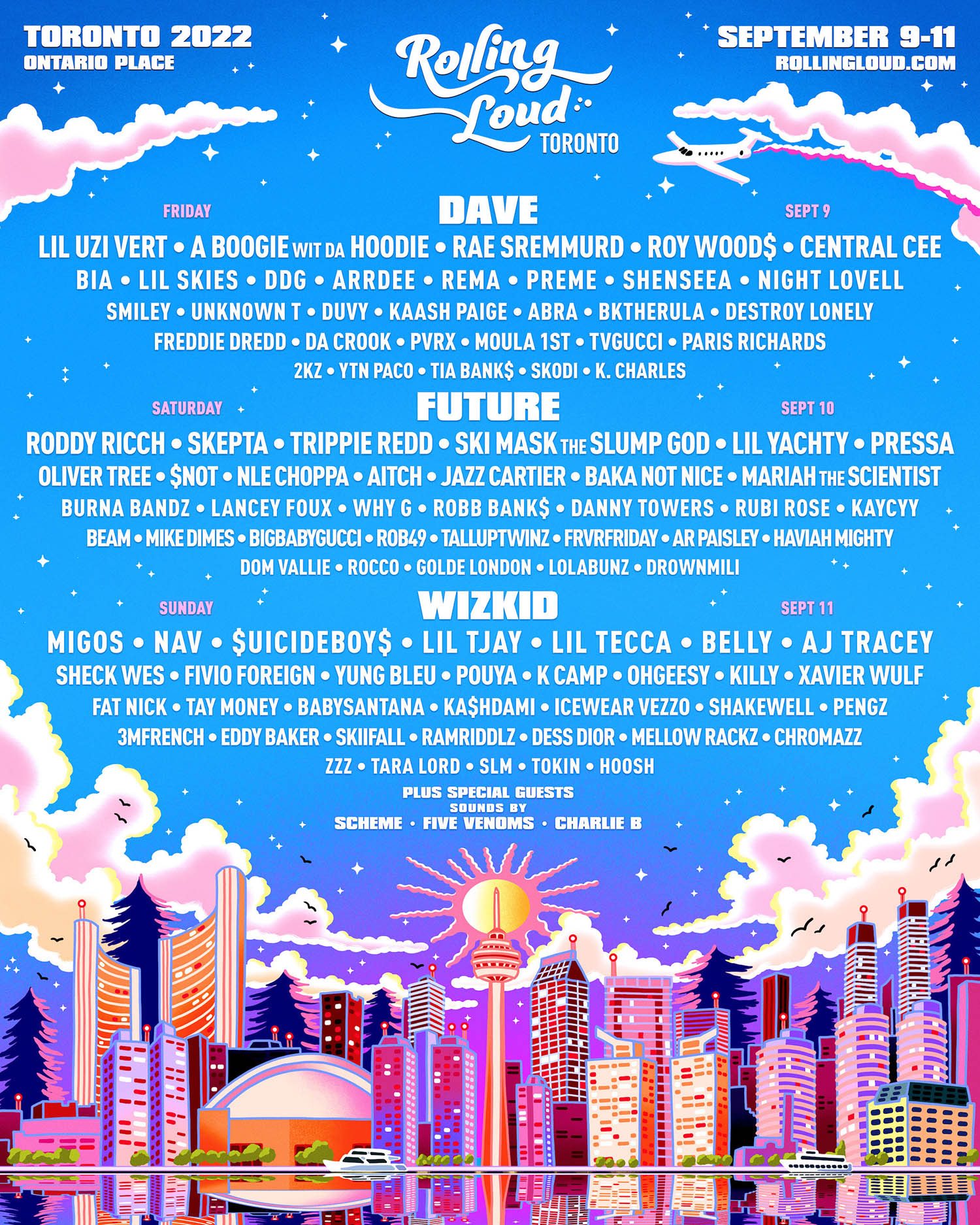