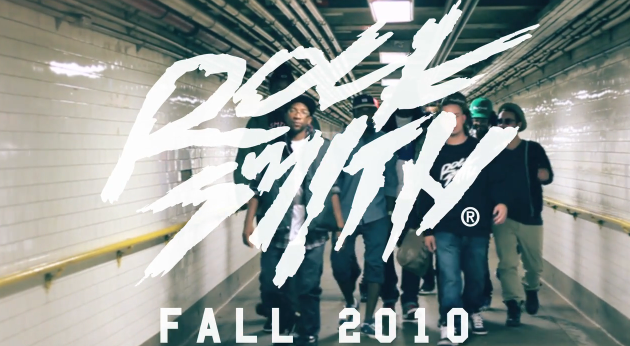 Check out what Rocksmith has to say!

Of the Rocksmith Fall looks featured in this commercial, some of the highlights include the Mic Check Reversible Vest and Flannel with leather detailing. The black Backwoods leather-and-french terry hoodie ties in directly with the patent-and-duck cloth Brooklyn fitted. Two graphic crew necks are featured the Daftrock and Tokyo Megamix, which feature the standard Rocksmith front pocket. The Rock Solid Chino pants balance out V-neck teas, such as the Getto OG and Shaolin V-neck, worn under the General Steele sweater cardigan.