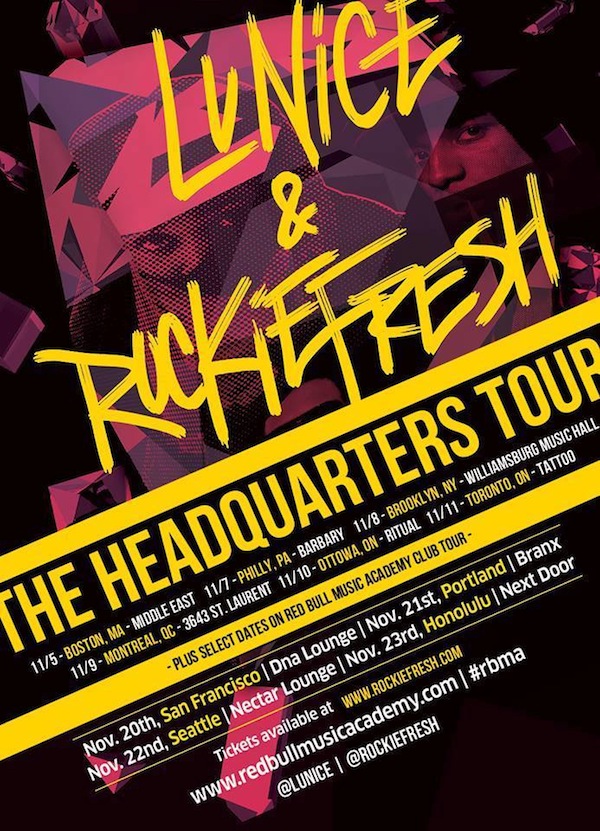 With an influx of dope hip-hop acts heading to Toronto in recent months, it’s no surprise that Rockie Fresh and Lunice are next up. On November 11th you can join the super producer and MMG signee inside TATTOO on Queen West. The two have been making waves since Rockie dropped the Rick Ross assisted track “Panera Bread” which was produced by none other than Lunice. The Headquarters tour is set to kick off on November 5th in Boston and to get everyone ready, the two artists dropped a “Headquarters” freestyle, listen to that as well as “Panera Bread” below.

Don’t forget to grab your tickets for the Toronto show here.