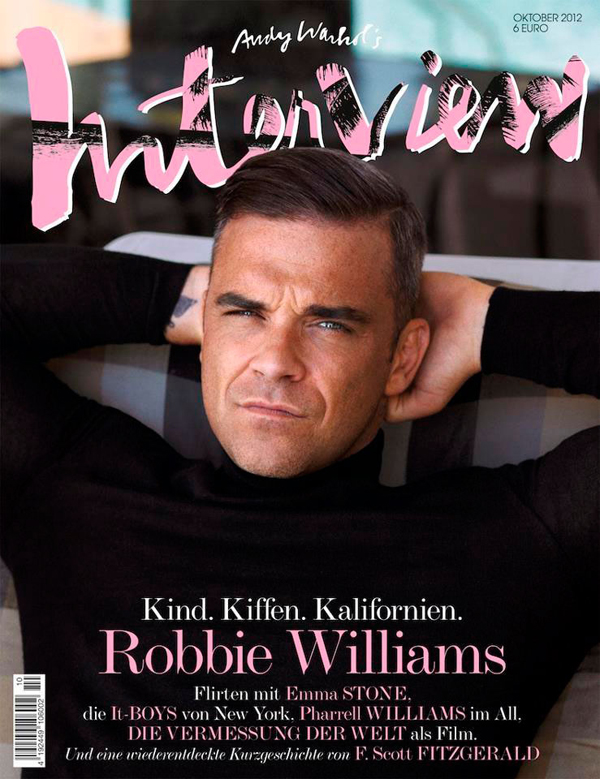 British pop-legend and (some what) reformed bad boy Robbie Williams stretches out luxuriously on the cover of the October 2012 issue of Interview Germany magazine. Lounging in a black turtleneck, the singer poses graceful in the picture photographed by Sean and Seng. You can grab your copy of Interview Germany now.