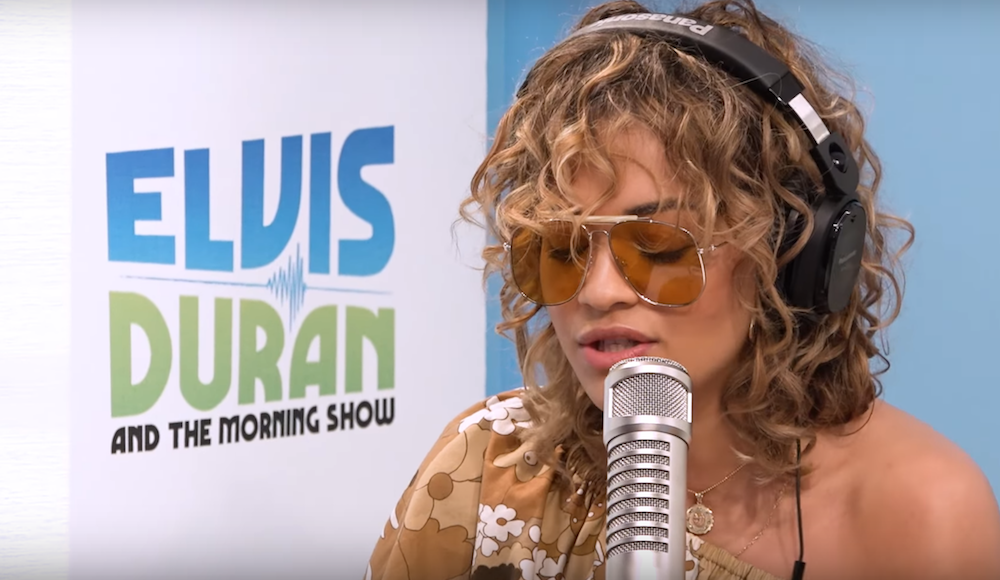 Rita Ora performed an acoustic cover of Calvin Harris’ massive single “Slide” while stopping by the Elvis Duran and the Morning Show. The particular song choice is an interesting one considering Ora and Harris were once linked in a romantic relationship in the past.

Last month, the British songstress made her formal return with a brand new single titled “Your Song” which is expected to appear on her new upcoming album (her first since 2012).