“Remember to look up at the stars and not down at your feet. Try to make sense of what you see and wonder about what makes the universe exist.” – Stephen Hawking

Waking up today may have felt a little bit hollower and that’s because one of the greatest minds, Mr. Stephen Hawking, passed away at age 76. The beloved theoretical physicist is known for many things, but his theories on God, the big bang, black holes and relativity are those most reflected on. If there was talk about the universe, Hawking had a hand in the discourse. Whether you agree with him or not, there’s no denying his perspective poised questions as much as it did answers, and this is the very gift of Mr. Hawking: he made us think.

At age 21, Hawking was diagnosed with a rare form of motor neurone disease. He was a doctoral student in cosmology at the University of Cambridge at the time. The disease left him paralyzed and in a wheelchair with the need to use a computerized voice synthesizer to speak through. He was only given a few years to live, but instead he lived decades longer.

Professor Hawking asserted that black holes leak radiational energy and fade into nothing. This became known as the ‘Hawking radiation‘. He tested the physics of the universe and sought out to determine whether black holes are “the engines that rip up the cosmos” while asserting black holes are not black.

Hawking made these revelations over 40 years ago.

He also wrote several books including the best-selling 1988 book, A Brief History of Time, which he said he did to highlight his excitement about the universe. The book sold over 10 million copies. “A complete, consistent unified theory is only the first step,” he wrote in the book. “Our goal is a complete understanding of the events around us, and of our own existence.”

Hawking had guts. In April 2007, at age 65, Hawking was part of a zero-gravity flight on a Boeing 727, aka “a padded aircraft that flies a roller-coaster trajectory to produce fleeting periods of weightlessness,” as the New York Times describes. He hoped to get to space one day.

Eddie Redmayne, who played Hawking (and won an Oscar for it) in the 2014 film, The Theory of Everything, called him an “astonishing scientist” and “the funniest man” he’s ever met. Hawking regularly visited the set to watch the production in action and approved of Redmayne’s portrayal. Hawking also said the film helped him reflect on his life.

“Although I’m severely disabled, I have been successful in my scientific work. I travel widely and have been to Antarctica and Easter Island, down in a submarine and up on a zero gravity flight. One day I hope to go into space…I’ve been privileged to gain some understanding of the way the universe operates through my work. But it would be an empty universe indeed without the people I love.”

In the wake of his passing, The University of Cambridge posted a tribute video in his honour. Hawking was Lucasian Professor of Mathematics at the school from 1977 to 2009. He was a successor to Sir Isaac Newton. Hawking had over a dozen honorary degrees and was awarded the CBE (Commander in the Most Excellent Order of the British Empire) in 1982. This is one rank below knighthood.

Stephen Hawking inspired me before ALS – to keep asking questions, seeking answers, and understanding the cosmic perspective. But since ALS, he saved my life with his example – people diagnosed with ALS can continue to live productive & purposeful lives for decades.
-SG

Remembering Stephen Hawking, a renowned physicist and ambassador of science. His theories unlocked a universe of possibilities that we & the world are exploring. May you keep flying like superman in microgravity, as you said to astronauts on @Space_Station in 2014 pic.twitter.com/FeR4fd2zZ5

Hawking’s automated voice became the mouthpiece for his research and insight, and a familiarity in culture as well. If you caught one of his numerous TV stints (from The Big Bang Theory to The Simpsons to Star Trek: The Next Generation) you know he had some humour in addition to brilliance.

In case you forget, here’s a refresher.

RIP Stephen Hawking. May you be memorialized for many great things, but also this hilarious clip from Futurama that never ceases to make me laugh. #RIPHawking pic.twitter.com/WhygG9cqPo

The Big Bang Theory team posted this on Twitter:

In loving memory of Stephen Hawking. It was an honor to have him on The #BigBangTheory. Thank you for inspiring us and the world. pic.twitter.com/9rWoYqIToy

The Simpsons executive producer, Matt Selman, provided us with this sweet image.

Farewell to Stephen Hawking, the most intelligent guest star in the brief history of The Simpsons pic.twitter.com/po3fIHgEdh

Piers Morgan triumphed the genius and gave a dig to millennials all in one tweet.

“Looking up has brought us to where we are. Let’s look up, again, and remember, as we do, to never stop.” Stephen Hawking https://t.co/EWi0L8KgM2 @virgingalactic pic.twitter.com/uE9TyA0T13

“When people ask me if a god created the universe, I tell them that the question itself makes no sense. Time didn’t exist before the big bang, so there is no time for god to make the universe in. It’s like asking directions to the edge of the earth; The Earth is a sphere; it doesn’t have an edge; so looking for it is a futile exercise. We are each free to believe what we want, and it’s my view that the simplest explanation is; there is no god. No one created our universe, and no one directs our fate. This leads me to a profound realization; There is probably no heaven, and no afterlife either. We have this one life to appreciate the grand design of the universe, and for that I am extremely grateful.”

Even in 2017, Hawking was speaking about his thoughts of leaving the earth—more so that there will soon be no space left except the otherworldly zones. He warned that within the next 100 years, humans would need to colonize Mars and the other planets because we might not survive climate change and other atrocities.

“We have given our planet the disastrous gift of climate change…When we have reached similar crises there has usually been somewhere else to colonize…But there is no new world, no utopia around the corner…We are running out of space, and the only places to go are other worlds,” he said.

“In the long run the human race should not have all its eggs in one basket, or on one planet. I just hope we can avoid dropping the basket until then.” – Stephen Hawking (2008) 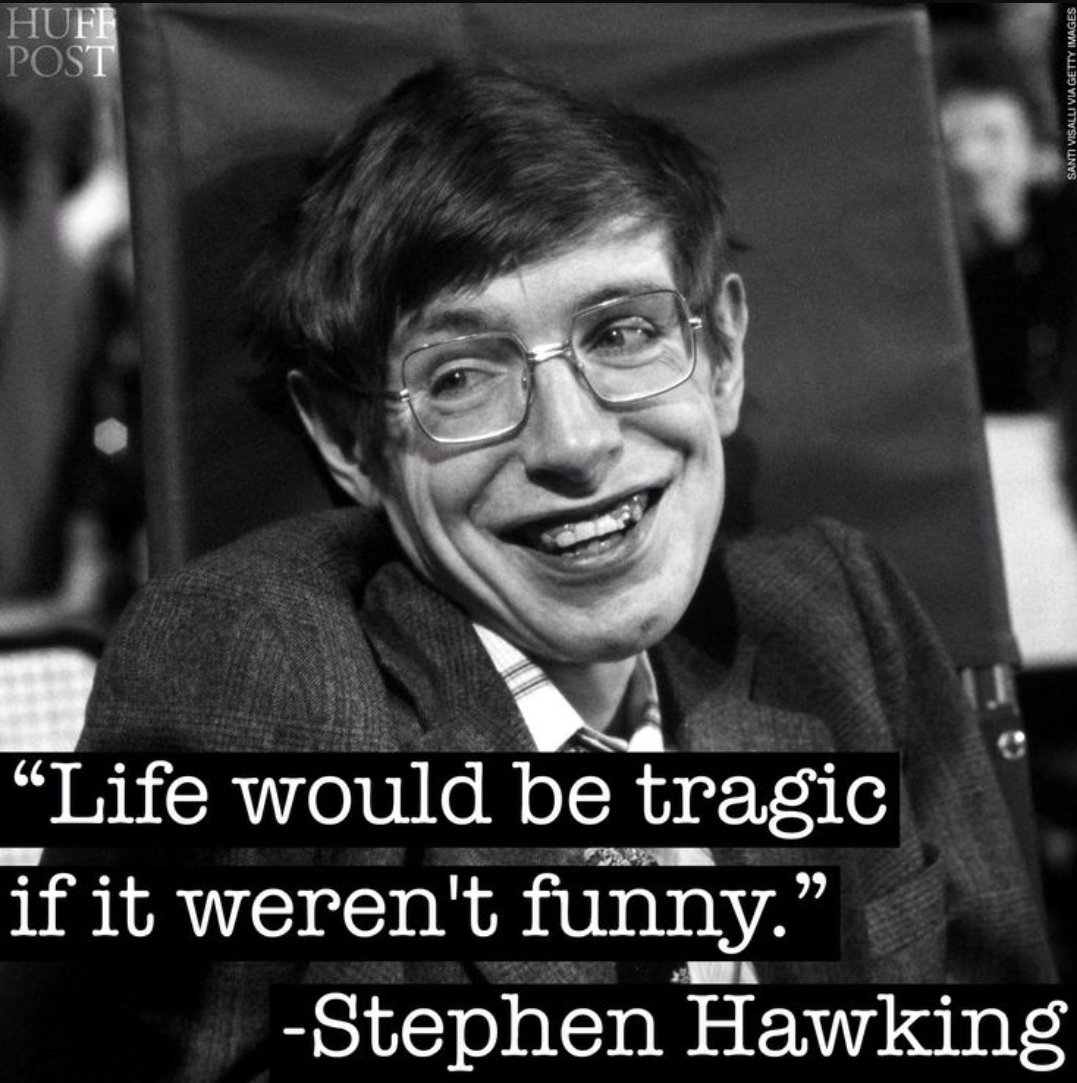